The Arab Conquests - In Our Time review

The latest program of In Our Time talks about the Arab conquests. This is a great listen and goes very well together with a wide range of other podcasts, some of which I have reviewed and listed below. 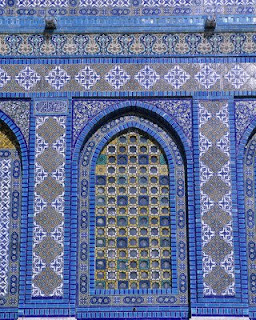 Arabic was the language of nomadic tribes on the Arabian peninsula. The tribes were never united until the death of Mohamed. Upon their unification, they could start on a conquest, which first of all took from two neighboring empires: the Byzantines and the Persians (Sassanians - also featured in In Our Time). Throughout history, more nomadic peoples have raided into the more urbanized lands, but they either hit and run or they stayed and while ruling the land, became assimilated. Such we see barbarians turn into Romans on one side of the globe and into Chinese on another.

The Arabs, however, maintained their religion and their language and consequently, the people they ruled, adapted to them. At the expense of Christianity and Zoroastrianism, Islam took root in the Arab empire and the language of Greek, which had served as an international language since the days of Alexander was replaced by Arabic. Apart from Spain, all what was conquered remained Muslim and Arab speaking till this very day.

In Our Time brings this history in the usual elegant, accessible and concise style. More time was spent in the MMW3 lecture series by Charles Chamberlain, but unfortunately the University of San Diego has purged the feed.

More In Our Time:
BBC's In Our Time (podcast review),
General review of In Our Time,
Library of Nineveh,
The Brain: A History,
Yeats, Enclosures and Materialism.