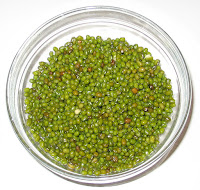 Have the mash soak in water for at least an hour before use. Put one spoon of olive oil in the rice pan. Heat it quickly and stir fry the finely cut onion in it. Add salt and the mash and stir fry. Add the rice and stir. Add water (optional: add a glass of white wine) and cook for at least 30 minutes. The mash must be soft and ready to eat -- it usually takes a tad longer than the brown rice. 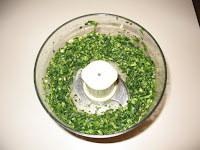 Add the basil, the garlic, one spoon of oil, a tea spoon of salt and the pepper to a blender and blend it into a pesto. 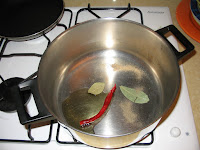 Put one spoon of oil in a pan, heat it quickly with the red pepper (whole) and bay leaves and one tea spoon of ground pepper. After one minute add the chicken and stir fry. While adding the rest of the black pepper and salt. Add celery and chives; stir fry. Add courgette. When this whole is well done, add the pesto. Let it cook for a while and turn off heat. Add cream. Allow standing time. 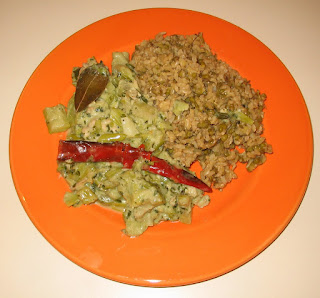 Last year I took out my old copy of Plato's Politeia and sat down with a podcast from York College, the city university of New York. Together with the class I read along in Plato's book (they call it The Republic, but what's in a name?) and got all the explanations of Professor Howard Ruttenberg.

It is called Introduction to Philosophy, or Philosophy 103 and it was like being back at the werkcolleges in 1986. Ruttenberg has this uncanny attitude that is simultaneously funny, patronizing, patient and condescending but still kept me glued to the pod. It is unfortunate the students most of the time deserved a kick in the behind and it held up the interesting listening when the fumbled with questions and answers or outright showed up late and did not do their homework. Professor Ruttenberg spends a lot of time at educating them at being students, which of course - it goes without saying! hehehe - was wasted on me.

Nevertheless a riveting experience of being back at the university. For anybody into philosophy, go check this podcast out.
Posted by Unknown at 14:43 2 comments

A great source to find trivia about past Tour de Frances is "Mémoire du cyclisme". It allows me to go back to what was my first Tour de France I consciously followed: the tour of 1978. It was a heroic battle between Joop Zoetemelk and Bernard Hinault, the young and coming star. Zoetemelk defended and Hinault attacked. By the 20th stage, a 72 kilometer individual time trial from Metz to Nancy, Hinault crushed the competition and finally took the lead over from Zoetemelk.

Thus he won his first tour and he would continue to win four more. Hinault would moslty conquer when he participated. In 1980, Zoetemelk won, after Hinault had to give up on account of a knee injury. In 1983 he did not participate and Fignon could win. Only in 1984 and 1986, Hinault did not win, but then at least came 2nd. Who won? First Fignon (1984), then Lemond (1986), two other great champions.

Bernard was an impressive rider. He was a fantastic at the time trial, a great climber, but he could also win a sprint. In addition to all that, he was a leader in the peleton. Hinault was the boss - Le Patron. I feel, a champion and a personality such as Bernard Hinault, never has returned to cycling ever. 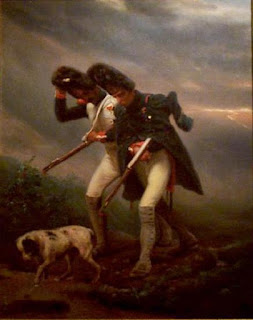