Hidden Heritage (National Heritage Week Podcast Series)
A Medieval Witch Burning: Petronella di Midia was burned as a witch in Kilkenny in 1324. She wasn’t even one of the main suspects. Hear how she became the one of the first people in Europe to executed for witchcraft……(this is the final episode in this series)
(review, feed) 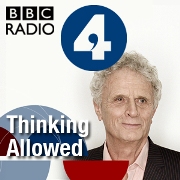 Forgotten Classics
The Riddle of the Sands, chapter 26: In which Carruthers discovers what "seven" means.
(review, feed)

History According to Bob
Great Gaulic Revolt Background: This show is about the background to the final blow up by the Gauls to try and throw the Romans out.
(review, feed)

Tariq Ramadan spoke at the LSE (feed) about his book, the Quest for Meaning. Although one must argue that religion has more function than just the quest for meaning, Ramadan takes on this aspect and makes a plea for pluralism and tolerance. As he describes it, we are all climbing the same mountain top, but everybody is on a different route. Or if you want to take another metaphor: we are all lost in the desert and looking for the way, but each we have found ourselves in a different spot and in different circumstances and hence we all take a different road.

His argument is against dogmatism in all cultures and his approach is that dogmatism is not exclusive to any one religion, or religions in general, but that it is a state of mind. And he wants to make us aware to stand up against the state of mind.

It is worthwhile to keep listening through the ensuing Q&A, as the questions push him much more to elaborate his points. Had I been there I had challenged him some more about relativism and the pitfall of that. Or with the other task of religion: giving community, which by nature is exclusive.

More LSE:
The plundered planet,
China and India,
The China Hegemony,
The myth of work,
Pasts and futures of Christianity.
Posted by Unknown at 06:00 0 comments