In the latest Shrinkrapradio Dr. Dave interviews Gayle Delaney on her method for interpreting dreams. The method is very reminiscent of Bob Hoss's, in the sense that she also takes the dreamer as a starting point. The dream is taken to be metaphoric in all respects, but the key to understanding the metaphors is not to be found in general archetypal truths, but rather in the dreamer's deduction of its meaning.

In order to stimulate the dreamer to reconstruct these meanings, Delaney uses an interview method in which the occurrences of the dream are mirrored back to the dreamer. He then must explain and describe the images as accurately as possible and then these descriptions are fed back to him by the interviewer. Soon the description is tipped from dream to reality with the construction: 'Now is there something in your life that is like [insert accurate description from dream image].' As of that point the meaning of the dream unfolds itself.

To take the dream as a personal metaphor with a strictly personal key, seems to me, after all these interviews about dreams, rather self explanatory. Still it needs to be pointing out as the school of plastering the generic explanation (cats are sensuality, sea is death and the such) remain to be strong. While we are making the comparison between for instance Hoss and Delaney, my preference goes to her. Also a less intrusive method and also a much more pleasant podcast interview.
Posted by Unknown at 22:12 0 comments

I have been fascinated by the First World War forever, especially the Western Front. I have read Remarque, Juenger, Barbusse and the English war poets (see also blog about Sassoon) and I have never stopped wondering: why could the trench war go on for such a long time. it was clear to anybody with half a mind the war could not be won. No cost-benefit analysis could lead to the battles of the Somme or Verdun, yet, the epitaph of rationality in history - Western Europe - got itself entrenched in an entirely irrational affair. And it paid the cost with deficit, devastation and enormous loss of life along with the ensuing social tragedy. Not to mention the fact that almost all historians agree upon: the Great War led to the second world war and to the cold war. 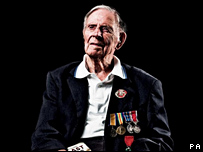 The war is now some 90 years past and one would being to assume it to be no longer recent history. Nevertheless the BBC reports a veteran visiting the trenches as if we are still at arm's length.

History 5, my adored podcast, pays its tributes also. The 2007 series of Margaret Anderson stops at the War in lecture 22. No news for me, great lecture, but this is on my old stomping ground. Anderson explains why the war goes on, in spite of rationality, in spite of cost-benefit analysis. The spirit of nationalism had run the immaterial investment into the war so high, it had redefined the war into something so big, it had to be something to die for. It had taken on such great meaning, it couldn't be just settled, it had to be won. The nations got carried away by a totally romantic notion of their identities and their stand for.

Romanticism is a legacy from the 19th century. It was subject to a most revealing lecture in the history 5 series as well. Lecture 16. Also Lecture 19 on the irrationality and its power in modern European thinking sheds some light. I find that our capability to idealize holds then both a strength, the highest aspirations and a terrible weakness: to mislead us into folly, at the same time.
Posted by Unknown at 11:48 0 comments It is quite an exciting thing if one of your neighborhood podcasts rigs up an interview with a true celebrity. I know Dr. Dave of Shrinkrapradio is trying to get some celebrities on the show, but the Skeptics' Guide beat him to it. And they did not round up any well-known but got nothing to say celebrity. Oh no. They got an interview with the 39th president of the United States: Jimmy Carter.

It all started when they made a statement on the show in which Carter was portrayed as a believer in UFO's, that is, in the extra terrestrial sources of them. The grandson of Carter, Josh, wrote in and made sure the record was set straight. Steven Novella, Bob Novella and Evan Bernstein of the Skeptics team got to interview the president and have him comment on a UFO sighting he had in 1969.

The mentioned sighting has taken on some meaning among UFO believers and maybe unwittingly so, Carter serves as a name to make their claims credible. Carter freely comments on the subject and even though he formally admits to have seen a UFO, he does not support any of the popular claims. He underlines to have seen a flying object that was unidentified, hence, by all means, an unidentified flying object. Other than that he renounces all belief and support in the extraterrestrial.
Posted by Unknown at 08:11 0 comments