Dan Carlin released another issue of Hardcore History. Before he gets to the subject (History under the influence) he reveals his intent to release more shows and identifies the current show as a 'blitz' show. This terminology seems to indicate a shorter and more swiftly produced show. However, it really seems like a regular show to me. In any case, even if it is a bit shorter, the show is by no means too short and it has all the qualities Dan Carlin normally brings to his history show: great narration, provoking thoughts and an engaged speaker. 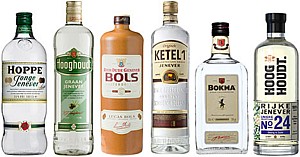 So, where did our history receive a turn as a result of substance abuse? Dan Carlin mentions quite a few. From World War II he reveals the abuse of a several of the main players. Churchill and Stalin were heavy drinkers. Goering was hooked on morphine and Hitler was on speed. There are a couple of concrete examples where this may have had an effect. From antiquity, Alexander is put forth as the raging alcoholic. Another example is a specific event with Napoleon. Waterloo was a close call, where he could have won also. He had had stomach trouble and taken opium. Witnesses report he was sluggish and absent-minded on the day of the battle.

By the end of the show Carlin asks his listeners whether they can come up with more examples. My thoughts went to the 'jenevercrisis'. In 1960, the Dutch cabinet fell after one of the parties resigned. This has been ascribed to the heavy drinking that had gone on before the government went in session. Recent studies claim that it has probably not been jenever (Dutch gin), but more likely sherry or white wine, but by all accounts, plenty had been consumed and right after that, the politicians went in session and blew up the coalition.