Book Review
A history of the papacy, life with Stieg Larsson, and more
This week, The Times's executive editor Bill Keller reviews “Absolute Monarchs: A History of the Papacy,” by John Julius Norwich; Eva Gabrielsson talks about her life with Stieg Larsson, author of the Millenium Trilogy; Julie Bosman has notes from the field; and Jennifer Schuessler has best-seller news. Sam Tanenhaus is the host.
(review, feed) 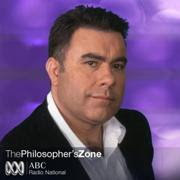 Philosopher's Zone
Climate change, geoengineering and the perfect moral storm
A perfect storm is an unusual convergence of independently harmful factors whose convergence is likely to result in substantial, possibly catastrophic, negative outcomes. Are we now sailing into a perfect moral storm created by the challenge of climate change? And why might it be morally questionable to try to do something about it by means of what´s known as geoengineering?
(review, feed)

The Economist
The birth of South Sudan
South Sudan faces the trials of nation building. An expert on Sudan explains the expectations and challenges ahead
(review, feed)

ITV Tour de France Podcast
ITV TDF Stage 7 2011
A day of agony and ecstasy for the Brits on Stage 7, lucky for Cav, not so for Brad. Matt and Chris reflect.
(review, feed)
Posted by Unknown at 13:07 0 comments

Political and current affairs podcasts have evolved considerably both in quantity and quality over the last several years. The number of choices that are available is staggering, ranging from postings of long-standing radio shows to those from podders on their home computers. The problem now is not finding something interesting, but rather choosing from the myriad of great options. Depending on one's interest and available time during the week, a few offerings go particularly well together, all of which have stood the test of time.

The Economist posts a editor's highlights podcast midweek, which consists of professional readings of selected articles from the current issue, and is usually 45-60 min in length. In the sense that this magazine has been a current affairs standard bearer for decades, and these stories are some of the most pertinent within any given weekly issue, this podcast is near the top of the list for anyone who wants to keep up with what is going on globally. What it lacks is the conversational tone of panel or interview shows (can one now call a podcast a "show", or is that too retro?). (other Economist podcasts)

Other good options for global issues is one of the many options from the Financial Times newspaper, “Late Night Live” from ABC Radio National (Australia), and “the World Next Week” from the Council of Foreign Relations. For those who want a daily news offering, the BBC has five news shows (“newspod”, “global news,” “Newshour,” and “the World Tonight,” “BBC World Update; Daily Commute”), which update a different times, and not always promptly. Newshour and Daily Commute are updated every day of the week, the others only Monday through Friday. Deutsche Welle has two good news podcasts: “Newslink” and “Newslink Plus” with overlapping content; the “plus” version adds some more local news.

If there is interest in US politics, then there are five really good panel shows: Slate's political weekly podcast or “Gabfest”, KCRW's Left, Right and Center, PBS's Washington Week with Gwen Ifill, NPR's Diane Rehm Show's Friday new's roundup (there are many others), and the Young Turks daily podcast . My favorite current is Slate because the three co-hosts are very smart, have established a great online chemistry, and seem to genuinely enjoy each other's company, which allows for an engaging, conversational tone as they analyze issues from a variety of perspectives. They often disagree with each other, and things are the most fun when they do.

All these offerings are available on i-tunes or on their own websites.