Only a slightly different perspective - History of Oil

We have gone through this history in quite a number of podcasts: Sarajevo 1914, Pearl Harbor 1941 and even the fall of Mossadegh 1953, haven't we? How is it that I was glued to my iPod with these narratives all over again? I was listening to A History of Oil an amateur podcast by Peter Doran. (feed)

Any new history podcast should reveal a fact about history that was not that clear until now. A History of Oil does that even where you hardly expect to be surprised. Take for instance Operation Barbarossa, the Nazi Invasion of the Soviet Union in 1941. We already knew the Germans over-stretched themselves. We knew they had fuel shortages. We knew they had to capture the oil fields on the Caspian Sea around Baku and failed to do so. We knew that no matter how long they could hold out in Soviet territory, this was a turning point in the Second World War, but still A History of Oil's perspective gives something new. 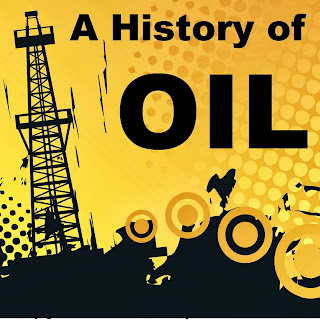 A History of Oil effectively starts in the middle of the nineteenth century when crude oil began to enter the markets as a commodity and before long we approach the First World War. The British are the first to let their navy switch from coal to oil, but others are soon to follow, so that we are more than normally aware how oil has become a vital strategic resource by the time the Second World War comes around. Then, in 1941, as the Nazis invade the Soviet Union and have one success after another, oil became a problem. The Germans had used many times more fuel than planned. In fact operation Barbarossa rapidly depleted the oil reserves and no source was at hand that could meet the increased demand. So, if we thought that the defeat at Stalingrad was the turning point, A History of Oil, makes it clear that the defeat was inherent. Not a radically new point, but still a new support for the thesis that Barbarossa was a decisive Nazi mistake from the get go.

This is only one example of what the slightly altered perspective of A History of Oil brings to familiar data. Another refreshing experience is to go through the era not by means of national histories, but by means of the history of corporations; Standard Oil, Royal Dutch, Shell, British Petroleum and so on. It makes John D. Rockefeller more prominent than Theodore Roosevelt. It makes the Japanese invasion of Borneo more prominent than their attack on Pearl Harbor. It places Mexico, Venezuela and Indonesia in the center of attention what rarely happens and so on.

In short, A History of Oil is a remarkable enrichment to the library of history podcasts and highly recommended listening.
Posted by Unknown at 19:00 1 comments