I was just preparing a review of last week's issue of BBC Analysis, which was a wonderful discussion about small states (states of less than 1.5 million inhabitants), what are their advantages and make for their success, like with Singapore and why can they so miserably go down, like Iceland. Refreshingly inconclusive, was the analysis; there seem to be good arguments why small states are healthy, strong and good and arguments why small states are (always on the brink of) being vassal states at best, failed states at worst. 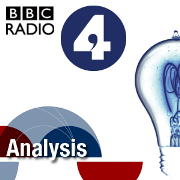 But then the week was full and BBC analysis came with a new issue and the old one got removed from the podcast feed. I hope you have it stored, otherwise, at least read the transcript. And then, do not despair, the latest Analysis, Ayatollogy, was just as fascinating.

This issue brings us the intricacies of Shia theology and its restrained relation with the idea of an Islamic Republic in general and the regime as such in Iran in particular. In a nutshell, Ahmedinijad could be a heretic, the Islamic Republic an oxymoron and the opposition has more clerics in their rank than the sitting rulers, including Ayatollah Khamenei. If you are not in love with Ahmedinejad, this is a good news bad news sum. The good news is that he has weak support from the clergy the bad news is the kind of heretic he is: an apocalyptic. One that would love to force the coming of the twelfth imam by bringing chaos to the world. What is that man doing with nuclear capabilities?

More BBC Analysis:
The future of Pakistan.
Posted by Unknown at 18:00 0 comments

The fate of UCSD podcast lecture series is invariably they disappear from the web by the end of the semester. Also, eventually, most of them, are back in due time. And so, POLI 113A - East Asian Thought, which I followed in the summer of 2008, is back now. (feed) This is formally a political theory course, but it dwells in relevant realms for philosophy, anthropology and is generally recommended to anyone.

Professor Victor Magagna is a very good lecturer, though he does not make any attempts to make the matter easy or entertaining. Magagna delivers a clear and well structured course and this is the stuff for every serious student. He systematically introduces us to East Asian Thought (Confucius, Mencius and others), makes a point how this thought permeates through all cultures in East Asia - China, Japan, Korea, Indo-China etc - even among the Maoists who formally reject Confucianism. He also compares these basic lines of thought about man and social order with fundamental Western thought.

This is the time to pick up this course, and grab all the lectures (we have reached lecture 10 by now) and safely store them. Then, one must take the time and concentration to carefully go through them. This is no leisure listening, but when sufficiently attended, this podcast lecture series is extremely worthwhile.