Philosophy Bites had an exquisite guest in Michael Sandel. On a side note, Sandel will be giving the prestigious BBC Reith Lectures and they will be podcast as well. So there will be more Sandel soon.

The interview on Philosophy Bites delivers us the concise and comprehensive thing you must know about Sandel's thinking: about morality and the market. It is the best preparation for the more extensive lectures on the BBC.

Sandel basically responds to the capitalist notion that is hardly challenged these days, that market forces are good and it is best to leave as much regulation as possible to the market. Essentially this means that anything is open for trade and Sandel asks the question whether there are things that cannot be sold. The exemplary subject is surely slavery. The strength of Sandel, and he is challenged by Nigel Warburton, is to show non-utilitarian reasons for this. Another example is that of war. It turns out, warfare, these days, is largely outsourced and the US have discovered they fight in Iraq with mostly mercenaries. Sandel points out, that here the market has brought about a policy that was never debated in public. So, not only is the market not necessarily as far as results is concerned, it can also be of dubious morality and eventually replaces public policy and political conscious debate, if completely free.

From the University of Warwick there are a load of podcasts to be had from various disciplines. They come all in one feed and on my previous review came a comment that they will try to cut them up in several feeds. So far this has not been done. 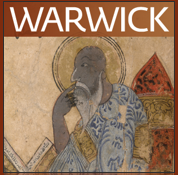 On the subject of history there are a number of promising subjects that you might want to take as a whole and not have them clogged with all the rest. For those who have iTunes, this is possible: go to Warwick on iTunesU and there you can sign up for them separately. Among them I really liked the series about Islamic Medicine, which I have already reviewed. Three others fitted me less all for very different reasons and I want to mention them here, because other people definitely may find it worthwhile to look into them.

Early American Social History (iTunesU, iTunes feed) is a fair and extensive series that has to compete with many other such podcasts about US History before 1870 and then suffers because of its low audio of recorded live lectures.

Many of the Warwick podcasts are not recorded live lectures, but rather monologues by the professor. Monologue podcasts tend to lack a certain liveliness and Georgian Britain (iTunesU, iTunes feed) is a very clear example of that. The scholarly subject is delivered in such a plain tone, you have to be really, really dedicated to the subject lest you lose track. The series also lacks a general introduction that places the subject in its historical context and lays out the themes that will be discussed in each separate lecture.

In Guns and Rubles (iTunesU, iTunes feed) the podcast producers may have understood the above problem and more or less put the lecturer in a kind of interview system, gave him an introduction and kept the issues short. After three such podcast episodes, you feel so much more could be said about the Soviets and their Military Industry. But at last they have hit on a style that works well and is repeated also in Islamic Medicine and the next series: Drinking matters (iTunesU, iTunes feed), the latest series and it discusses the history of early modern pubs in Europe and their influence on the history of Europe.
Posted by Unknown at 06:00 0 comments