Along the ancient road to Kaifeng - CHP

Whenever the Yangtze would rise and flood the city of Kaifeng, the residents would salvage their property, if possible in advance, and return after the river had fallen again. Then they would rebuild their structures until the next time. Thus also did the Jewish community of Kaifeng and in that way they lost and rebuilt their synagogue for some seven centuries. All the while they maintained their traditions, in spite of being (nearly) completely isolated from Jewry on the whole. By 1810, the last Chinese Rabbi died and in 1866 the synagogue was destroyed for the last time.

The China History Podcast in it's 112th episode gives us a riveting 38 minutes about the Kaifeng Jews. This is yet another unmissable edition in this magnificent series, by Laszlo Montgomery. (feed)

In 1163 CE the Jews of Kaifeng got official permission from the Chinese emperor to build a synagogue. From here on they have a well traceable history and Laszlo tells a couple of fascinating stories about it. For example how the Jesuits found them and there was a mutual attempt to co-opt the other. Or how when decline set it and the Jews lost their Hebrew, they'd display the Torah Scrolls in the market, hoping to run into someone who could read them. But he does not simply begin in 1163 and end in 1866. This podcast spans nearly a thousand years.

How did the Jews get there in the first place? And what was done and is done until this day to rekindle Judaism in Kaifeng? Such questions take us from the ancient Silk Road (one of my favorite history subjects) to the effects of the Boxer rebellion and the Second World War. All is told in the relaxed, yet thoroughly engaging Laszlo Montgomery style.

Neither orderly nor humane - NBIH

Population transfers are of all ages and although they are considered a crime against humanity these days, or at least bordering on it, there is a rich history of transfers and they were mostly regarded as legitimate at the time. I was aware of big transfers between Turkey and Greece in the 1920s and between India and Pakistan in 1947. I knew of the transfers in Europe after the Second World War, but had no idea that the transfer of Germans that took place was the largest in history. This is what we are told in a recent issue of New Books in History, when Marshal Poe interviewed Ray Douglas about his 10 year research project into this transfer, resulting in the book Orderly and Humane: The Expulsion of the Germans after the Second World War (Yale University Press, 2012). (feed) 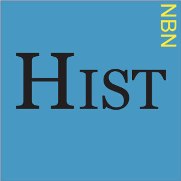 Vae Victis, woe to the vanquished, could have been another title for the book. Nazi Germany lost the war, and after all its own demographic scheming to benefit the ethnic Germans, the ethnic Germans got to taste the reverse. What Ray Douglas adds to what we'd already know about this history is the sheer size of the transfer: up to 14 million Germans were transferred from Poland, Czechoslovakia and other places in Eastern Europe. The transfer was premeditated and sanctioned way in advance by the Allies. The swiftness of the transfer necessarily implied that the transfer was carried out neither orderly nor humanely as was originally the goal. And the Germans underwent it without resistance.

The operation added such a huge number of Germans to the other displaced multitude that was roaming about Europe at the time, that relief aid became a political hot potato - aiding the displaced persons, would imply aiding, mainly, the Germans, the vanquished. It would be a follow-up question whether this finding of Douglas's implied that for example this is another reason why the displaced Jews, were not helped at all?

I also assumed that these displaced Germans were integrated pretty well, but as Poe brings this issue up, Douglas suggest otherwise, however without much detail. More than the measure to which integration was successful, I was more surprised again by the numbers: Douglas claimed that about 20% of Germans today are transferred Germans or their offspring.

Many more surprising issues arise during this riveting interview.

More New Books in History:
Big History, Big Lands and Big Men
Hans Kundnani about Germany's left after the war,
Ottoman Age of Exploration,
The mysteries of whites and of mass,
A Soviet Memoir.