Catching up for Anne is a Man

This post is to give you a quick list of podcasts I listened to over the past weeks. These I recommend, but unfortunately I won't come round giving full reviews for them. I am just too busy these days and for the time being it seems that situation is not going to change soon. In order to keep you informed I resort to this short hand reporting.

There were a couple of Israel related podcasts I took up:
Rear Vision with a short history of the Mossad,
The Economist about Israeli Arabs and
Harvard's PON (program on Negotiations) podcast about the aftermath of the Annapolis conference (feed).

The Harvard podcast issue is a rather old one, but the nice thing about some podcasts is that they are timeless. Another old but interesting podcast (series) I ran into was from Eastern Michigan University a 2008 lecture series with Marshal Poe, Larry Sanger and Andrew Keen delivering a construction and critical evaluation of the phenomenon of Wikipedia under the title: 'Democratization of Knowledge or Triumph of Amateurs' (feed)

Another academic level podcast I loved was the Entitled Opinions issue in which Robert Harrison delved into the subject of literature with Tobias Wolff.

Also, there were a couple of great new issues at The Memory Palace. Especially outstanding was the last episode (Babysitting) about 'a man in a box with a bomb'.

Another podcast series from Eastern Michigan University I started is Rick Rogers' series World Religions (History 100) (feed). I have done the intro and the five lectures about Hinduism. There is a superficiality and a sense of political correctness that bothers me a bit, but other than that, this series seems very informative.

Philosophy Bites had two fascinating chapters I really enjoyed. One about John Rawls' Theory of Justice and the other about the Sense of Self. 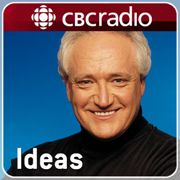 Philip Harland's Religions of the Ancient Mediterranean has made very interesting progress with his new subject: The historical Jesus.

I was inspired by my appearance at SFFaudio and followed up on Jesse Willis's recommendation CBC's Ideas and heard a thrilling issue about Morality. (feed) Here I learned human beings can be 'high' on morality, for better and for worse.

Last but not least, I very much enjoyed the last show of Ran Levi's Making History about genetics. (Hebrew)
Posted by Unknown at 21:00 0 comments