A History of the World in 100 Objects (BBC)
Tughra of Suleiman the Magnificent
Personal signature of the great Ottoman ruler Suleiman the Magnificent. Neil MacGregor, Director of the British Museum examines this monogram which is the ultimate expression of Suleiman's authority at this time - a stamp of state and delicate artwork rolled into one. The Turkish novelist Elif Shafak and the historian Caroline Finkel explore the power and meaning of this object.
(review, feed)

The History of Rome
108- Gordian's Knot
By August of 238, the other five men who had claimed a share of the purple were dead, leaving 13-year-old Gordian III as the last man standing.
(review, feed)

By lecture 10 Professor Richard Bulliet's lecture series about the history of Iran (at Columbia University) reaches the arrival of Islam. Bulliet introduces Islam in the same general fashion as he introduced other topics in this course, which, by the way, once again, draws the whole course beyond the regional focus. (feed) 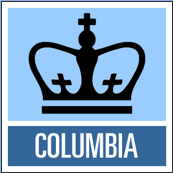 I have had general introductions in Islam at the history courses of UCSD (MMW3 and MMW4) and eventually also Bulliet delivers the traditional narrative as is presented at UCSD. This is the inception story of Islam that the Muslims tell themselves. Bulliet expands only a little bit by not just telling Mohammed was divinely inspired and dictated the Koran by the angel Gabriel. He explores the contemporary traditions which might precede the content of the Koran. The traditions that used Arabic verse and makes an implicit conjecture that Mohammed came from such a background.

However, before Bulliet gives the traditional narrative, he spends a lecture on skeptics about Islam. Eventually he completely rejects their doubts and alternative histories, but he deems it important to familiarize hi audience with their existence. For me, this was completely new. I had never heard of the term Hagarism, in place of Islam and had no idea there were researchers who tried some kind of linguistic analysis of the Koran and study suggestions that the Koran was not written (or recited) by Mohammed, but rather some 200 years later by scholars in Iraq. I hear Bulliet when he claims these ideas are improbable and I understand why he delivers them in a nutshell. I was happy he did just to get an idea where the questions lie.