A History of the World in 100 Objects (BBC)
077 Benin Plaque - the Oba with Europeans
Plaque showing aspects of Benin court life. Neil MacGregor, Director of the British Museum, examines some of Africa's most famous artworks, the Benin Plaques, and the effect these brass portraits first had when they arrived in London at the end of the 19th century. With contributions by Sokari Douglas Camp and Wole Soyinka on the art and heritage of Benin.
(review, feed)

London School of Economics: Public lectures and events
IGC Growth Week 2010 - Managing Natural Resource Rents: China and Africa
Is China's strategy - of negotiating deals in which resources are exchanged for infrastructure - mutually beneficial, or a new variant of the plunder of Africa? China 'asks no questions' of African governments: is that respectful of African sovereignty or an abrogation of responsibility?
(review, feed)

Here is a quick review to point to some bonus material to an Open University Course that comes in a podcast. This is a paid history course that quite generally studies the issue of religious tolerance by looking historically at religious co-existence, religious conversions and obviously conflict. Hence the title: Religion in history: conflict, conversion and co-existence. 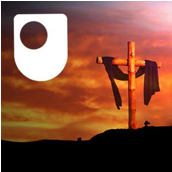 From what I can see as one that has not signed up to the study, the course is heavily centered on Europe and besides Christianity, touches on Judaism and Islam. The same is true for the free podcast that comes along with it and can be had on iTunesU. It contains five chapters four of which also concentrate on Christian and European subjects. (feed)

My attention was drawn by the last though: a conversation about the Bengal renaissance in the nineteenth century. We learn about a cultural flowering in this region which today is partly within India and the rest in Bangladesh and which contains Hindu and Muslim communities coexisting. The renaissance as discussed is examined in the light of this co-existence and the question is asked whether this was a Hindu cultural development or a Bengali one that gave room for the Muslims as well. The podcast wants to claim that it is a broad Bengali occurrence, but already the question suggests how this is contentious.
Posted by Unknown at 06:00 0 comments