The London School of Economics (LSE) records its public lectures and events and publishes them as a podcast. Partly this podcast coincides with the acclaimed UChannel podcast - Princeton's conglomerate of this kind of recordings from various such institutions. However, not all LSE podcasts make it to UChannel. For example the one titled: A Counter-narrative: Islam and the first Europe. I must have missed that on UChannel, or maybe it was not accepted there. The audio quality is not up to standard, it must be said and that could be the reason. The content is not to be spurned though.

Speaker is Professor David Levering Lewis, who recently published the book God's Crucible; Islam and the Making of Europe (IHT review), and in his lecture he proposes to look at early European history in a way reverse to the ordinary. The ordinary is as it is taught widely and I remember vividly from my school days: Europe was threatened by the Muslims and managed to stop them at Poitiers in 732 (sometimes called the Battle of Tours). Such was in common thought the rescue of Europe and the basis for its successes afterwards.

Levering suggests that there was no Europe at the time. It was a backward area, rift with tribal warfare and by virtue of the feat at Poitiers remained to be so. He characterizes the sphere as:

an economically retarded, balkanized, and fratricidal Europe, which, by defining itself in opposition to Islam in al-Andalus, made virtues out of hereditary aristocracy, persecutory religious intolerance, cultural particularism, and perpetual war.

He argues that had the Andalusians conquered Europe, the renewed connection with the classics would have come centuries earlier, religious tolerance would have prevented the endless and bloody wars of the reformation and basically Europe could have flourished more and earlier than it did. He also points out that according to Muslim sources it was hardly European superiority that defeated the Muslims at Poitiers but rather the inner disunity among them. Of course history would be utterly different, but he has a point that one can hardly claim Poitiers to be solely a happy occasion that brought none but good.

Relevant posts:
Making of the Modern World - UCSD,
Islam meets Europe,
The Franks,
Thinking Outside the European Box,
The making of Europe in 1453. 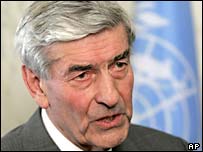