Several podcast have, over the last months, enhanced my interest in Kierkegaard's work. His existentialism, in which the individual experience is strongly valued, even if it goes against convention, common sense and; ethics as well, is not so easy to get a handle at, though. 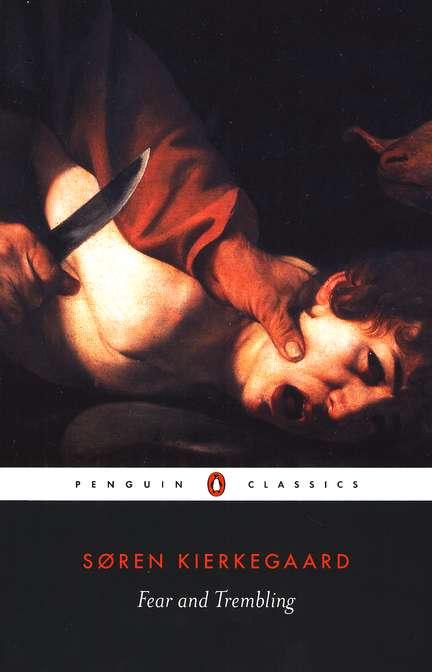 The main source for this work and related stuff, to embed it properly, is Berkeley's lecture series Philosophy 7 (Existentialism in Literature and Film), but also this podcast is not so easy to handle. The lecturer, Hubert Dreyfus, is an adorable man, but he allows tangents to come up in class, strongly interacts with his students, whom we cannot hear and whose remarks he doesn't repeat. Worst of all, no matter how frequent he has delivered this course, he seems to be constantly in search of his quotes, and unable to find them at the right moment. So there is a stretch, in spite of the very rich content.

Other podcasts come to the rescue. I have noticed this many times before. University lecture series demand a certain entry level and proceed at high speed, but with some preparation one can keep up. For this series there is fine support material to be found with BBC's In Our Time (Kierkegaard stream) and also a recent issue from Philosophy Bites (Kierkegaard).

So what is it with Kierkegaard and his work Fear and Trembling? The main point is delivered with the story of Abraham who has to sacrifice Isaac. His conviction (or choice for that matter) to go out and do what God has asked of him, goes against all generalities of his symbolic universe. Isaac is his only son, so this is great loss. It goes against his family values, it goes against the values of his new religion and it goes against the promise of God, Isaac will be the father of a great people. In short, to have to sacrifice makes no sense at all and it is by all practical means the hardest thing to do. To believe it needs to be done and go and do it, is an act of pure faith. To have such faith requires immense deep conviction. To be able to make such a choice, demands the most intense existential drive. At the same time, this is totally personal, since it is bereft of all interest, logic or even justification.

To have such faith seems to Kierkegaard the greatest of things and I guess any one, would love to live his life with such strength. What, however, distinguishes this faith from sheer folly? How can you be sure that what you deeply and inexplicably feel is not madness. It could be plain psychosis in stead of true conviction, calling, or the voice of God for that matter. That is what makes it problematic. The podcasts won't solve it, but definitely help to grasp the complexity of this work.

More In Our Time:
Tacitus,
John Donne (The Metaphysical Poets),
The Arab Conquests,
BBC's In Our Time (podcast review),
General review of In Our Time