In a lecture before the London School of Economics, the University Channel Podcast presents Michael Baum, professor emeritus of surgery and visiting professor of medical humanities at University College London. He speaks about the logic of science and alternative medicine. In addition to the philosophy of science he has a passion for the visual arts and consequently he illustrates his lecture with some works of art, two of which I have included in this post.

Baum emphasizes in the lecture the weakness of medicine as far as it can claim to be based on evidence: it is mostly inductive. Which, he proceeds to show (or attempts so) is still better than the alternative medicine, which is not even that. Alternative medicine relies on anecdotal evidence. For example, if life expectancy for a certain type of cancer patient is limited, we must know the curve has an abnormal distribution. The incidental long living patient provides the anecdote. I'd say that is induction no less - evidence based medicine induces from larger figures.

Baum is a specialist on breast cancer and uses this field in an attempt to show how science as laid out by Karl Popper generates a slow advance towards knowledge. For example, when he started out (1965), it was held that the cancer needed to be treated with radical amputation. New evidence showed cancer would have spread by the time it was shown, hence the mastectomy was largely superfluous, or at least too late. Then the disease must be systemic. A 1985 meta analysis showed surgery and chemotherapy to be efficacious together. A steady decrease of mortality was reached when systemic therapy was combined with amputation.

Baum perceives a conceptual revolution. Everything suddenly looks totally different, after the meta-analysis (and he illustrates it with the Dali above). True science is being open to refutation and new conceptual approach. Evidence based medicine allows these revolutions and hence is the way to progress; one allows for proving to be wrong. So when originally you looked at the facts (look at the picture) and it seemed surgery was the way to go (you see nuns walking through a gate), new evidence allows you to see otherwise (discover the bust Voltaire) in the same facts.

It is a very ideal picture Baum paints and it seems to me it gives a little too much credit to Popper (though a lot of credit is due). Lakatos and Kuhn already showed how the Popperian method lacks the standards by which falsifying data, will do anything other than refute hypothesis. It does not indicate when the situation needs this 'conceptual revolution' and more so, doesn't help finding the new concept. If the shift needs to be made from the 'nuns' to the 'bust' a creative leap is needed and the Popperian pathway neither identifies the moment it is needed nor how it can be made.

More UChannel podcast on this blog:
Less Safe, Less Free (Losing the War on Terror),
The Greatest Threat to Zionism,
The Israel Lobby and U.S. Foreign Policy
and Multiculturalism in the Netherlands.

Anne is a Man! -- The podcast sources

This blog is all about podcasts. Not about how to make them or any other technical implication of podcasting. This blog is about the podcasts that are out there. More accurately, this blog is about the podcasts I found and mostly about those I like. Even if you do not agree with my views and even if you have other preferences as far as styles and content is concerned, I still hope this blog can be a source for finding new podcasts to listen to. Please feel free to contact me, if you want to draw my attention to a certain podcast, or anything else. 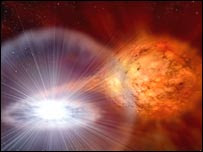