The University of California Berkeley, has always been the prominent supplier of lecture podcasts. Today when many more institutions deliver their academic content to the wider pod-public, Berkeley is still on the forefront. Berkeley is also on iTunesU, but still maintains the straighforward Berkeley Webcast site where each semester the courses are listed together and can easily be accessed. The Fall of 2009 is going to allow us to choose from yet another forty-plus courses from all disciplines.

Here are ten of those courses that I am going to give at least some attention the coming months. 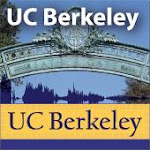 American Studies 101AC: Examining U.S. Cultures in Time (audio feed) (video feed)
This one is new for me and I have not yet managed to listen in. I did see there is a problem with the first lectures though. Attempts are being made to repair.

East Asian Languages and Cultures (audio feed)
Dynamics of Romantic core values in East Asian premodern literature. I do not know what to expect yet. Going to try.

Environmental Economics and Policy (audio feed)
I am looking forward to this one. I have not tried it yet, but I have been giving a lot of attention on the blog lately to issues around Climate Change. I think the upcoming Blog Action Day, may also have this subject. I'd like to get some academic input.

History 162A: Europe and the World: Wars, Empires, Nations 1648-1914 (audio feed)
David Wetzel turns out to be a lecturer I will have to get used to. After hearing the first lecture I can give you the good news and the bad news. The good news is that the course will be very insightful - no doubt. The bad news is that Wetzel has this strange way of speaking and resorts to continuous repetitions to make his point, up to simply repeating words one after the other. "The first point to make; one, one, one..." This is quirky and hopefully not too bothersome.
I have always liked the history courses at Berkeley, so I am going to sit this one through no matter what.

Philosophy 135: Theory of Meaning (audio feed) (video feed)
Philosophy has so far been the most challenging subject on podcast lecture series. But I am not giving in. Besides: why is there video for this course? Enhancing visuals? Need to find out.

Philosophy 138: Philosophy of Society (feed)
More philosophy. I want to find out what we get here? Plato's Republic? The various theories about the state, constitution and political liberties? The strand Machiavelli, Hobbes, Mill, Rousseau? Or will it be more sociological and are Marx, Weber and such added? Or else?

Introductory Topics in Religious Studies (audio feed)
You can always catch my attention with an academic approach to religion. Yet, I have no idea what to expect here.

Political Science 179 (feed)
I have done this one before. It is a very accessible and at times entertaining introduction to political science.

Foundations of American Cyber-Culture ( audio feed) (video feed)
I have picked up several of the lectures in this course in the past when it was taught by another professor. It sure escapes me why this is under the rubric 'Practice of Art', but it certainly did give some insight in the current life in cyberspace - which is relevant to bloggers, podcasters and their followers by all means.

And the one you must not miss:
Letters and Science also known as Physics For Future Presidents (audio feed) (video feed)
This is one of Berkeley's classics and a recommendation for literally everybody. Richard Muller teaches you everything you ever needed to know about physics, but where afraid to ask because of the math. No math is needed. Yes there are numbers, but these are few and important numbers. Hardly any equations or formulas. Yet, you will come out of this course understanding a lot more about physics. It will allow you to have an informed opinion about important politics and feel comfortable about the technological and scientific stuff involved. Below is an interview with Professor Muller. 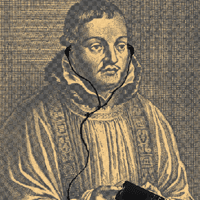 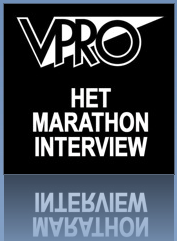