Witness
Seretse Khama and Ruth Williams
When a young African chief fell in love with a white English girl in post-war London they both expected their families to object. But soon he had to give up his throne for his wife.
(review, feed)

In Our Time
Octavia Hill
From the 1850s until her death in 1912, Octavia Hill was an energetic campaigner who did much to improve the lot of impoverished city dwellers. She was a pioneer of social housing who believed there were better and more humane ways of arranging accommodation for the poor than through the state. Aided at first by her friend John Ruskin, the essayist and art critic, she bought houses and let them to the urban dispossessed. Octavia Hill provided an early model of social work, did much to preserve urban open spaces. She was also one of the founders of the National Trust. Yet her vision of social reform, involving volunteers and private enterprise rather than central government, was often at odds with that of her contemporaries.
(review, feed)

Thinking Allowed
Street Politics and Tahrir Square
Street Politics: protests, policing, revolution and just getting about - Leif Jerram and John Clarke discuss how the geography of cities have contributed to the development of society. Laurie also talks to Jeffrey Alenxander about 'perfoming' the revolution in Tahrir Square.
(review, feed)

In the past week I have heard three podcast interviews with Joseph Lelyveld, the author of the recently published biography of Mohandas Gandhi: Great Soul: Mahatma Gandhi and His Struggle with India. The book has given rise to a lot of commotion as it should portray Gandhi as a bi-sexual, possibly homosexual and a racist or at least politically incompetent - to the extent that in the Indian state of Gujarat the book has already been banned. 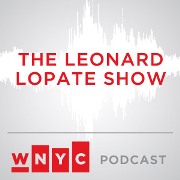 From the interviews one gets a very different idea. Lelyveld has delved into the histories of Gandhi and tried to take a fresh look at it and while Gandhi has come to be a more human, more struggling individual and a sometimes naive and opportunist politician - as politicians usually are - there remains still much to be admired. In the interview with Leonard Lopate (The Leonard Lopate show on WNYC - feed) he especially emphasizes the last year and a half of Gandhi's life to be most impressive.

What comes out as central is a man first of all struggling with his need to be pure and elate in a religious and moral sense, which means he is obsessed with diet and celibacy. When politics become relevant in this personal strife, his main themes are Indian independence with Hindu-Muslim unity, abolition of the social excesses that come with the caste-system (especially for the untouchables) and non-violence. What I see, is a man intertwining the theme of personal morality with social justice and being deeply committed to that. 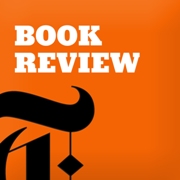 As Lelyveld points out in all three interviews, (the other two are at Roundtable (feed) and the NYT Book Review (feed) to this background, the relationship with Hermann Kallenbach is not very likely to be sexual and much more a case of two close friends being engaged in a spiritual search. And he goes on to emphasize the complexity of the political relationship between Gandhi and the untouchable activist Ambedkar. They politically find each other on the issue of social justice for untouchables but fall out on the finer details of this politics.

Also on the politically not so smart quotes one can find about Gandhi, Lelyveld has something to say. It mostly boils down to this that Gandhi is a politician like so many and while always pressed to speak out, not always is sufficiently informed. It marks an opportunism that goes with the territory, but Lelyveld comes with an example where Gandhi's opportunism made for an impressive piece of action.

Gandhi as a dietician restrained from salt and had he been a thorough consistent philosopher, he had not come up with the salt march. But he was smart enough to see the opportunity, seize it and make out as if he really believed salt was an essential and as such should not be co-opted by the colonial ruler. It seems Gandhi becomes all the more interesting. In any case the talks with Lelyveld are.
Posted by Unknown at 07:00 0 comments