Last week I announced I was going to review a podcast with Rashid Khalidi again. Khalidi was a guest at the University of Chicago and held a lecture under the title Sowing Crisis: The Cold War and American Dominance in the Middle East. The lecture was recorded and published (also) in the compiled feed of UChannel Podcast. 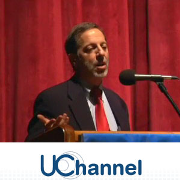 Khalidi gives a very convincing historic analysis of the dealings of the Cold War opponents in the Middle East, especially the US. The point he makes is that the powers have used the Middle East to wage their war by proxy and that the tragic consequence of the matter has been, and still is today, that in the region radical and extremist elements are enforced and moderates are at a loss. In most recent times, the USSR has been replaced by Iran and still the cold war with the US is waged in Palestine, Lebanon, Egypt, Syria and Jordan.

If you choose to listen to the podcast (you must), be advised to also sit through the question and answer section. Among others there will be informative dialogs about the Israeli lobby in the US and about the democratic powers in the Arab world. Khalidi proves to be a very engaging, sharp and enlightening speaker. 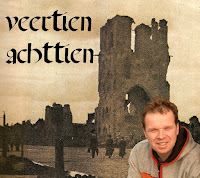