Christopher Scott is a professor at Stanford and one of the very few in podcasts whom you can hear touch upon stem cell research and talk about both the technical as well as the legal and ethical side. Recently I reviewed his latest lecture series, which Stanford has put on line as an enhanced podcast. (Stem Cells: Policy and Ethics - feed)

Already in that review I wrote there is an earlier enhanced podcast, also by Chris Scott and also about stem cells called Straight Talk About Stem Cells (feed). I promised a review, which I give here, although it will be a short one. Straight Talk About Stem Cells is the predecessor of Stem Cells: Policy and Ethics and suffers from two traits that make it rapidly redundant. On the field of ethics and politics (law), there has not been much news and what little there is is added in the new series. The technical advances go very rapidly though. Here is where the two series are radically different.

For information on the techniques, I'd gladly point at Straight Talk as well, however, I wonder how much is still relevant. If I paid proper attention, which I did as much as my very limited biological skills allow, there was information in the first series that suggested certain lines of research to be with little chance of success, or facing too much of technical difficulties or any of such inhibitions that sort of suggested the conclusion that this was not a realistic prospect, whereas the second series comes after soem major breakthroughs and paints a radically different picture. Hence, if you want to know if for example so-called adult stem cells are a way to go, you may find conclusions differ. If next year there is going to be a third version, who knows what we will get by then.

And the law? And the ethics? Most of the slides are reused, and probably will be again. That alone tells us a whole lot. 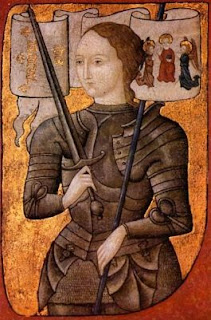