History on The Run - podcast review

History on the Run is much less a history podcast than an audio blog in which the hosts, mostly a guy named Daniel Froehling expresses his views. Even though his historic sense plays an important role and there are a handful of episodes labeled 'History Lesson', the opinions and observations are the most important part.

What makes me downplay the history quality of the show is also the large amount of freedom the host allows himself to overly generalize or be quite inexact about his history. To have Napoleonic France make war on 'Germany' is not completely wrong, but inaccurate and basically anachronistic. To talk about the Dutch Tulip craze in the 17th century and not come up with exact figures, while they are readily available, is also not wrong, but certainly moves the focus from the history to the point that is being made. Another thing that struck me is that in one show Daniel proclaims to be of Belgian descent and in another of French descent.

So, the real value of following this podcast is if you find connection with the positions that are taken or if you find entertainment in the broad sweeps with which historic and current affairs are painted.

Grammar Girl is a weekly podcast that delivers practical tips for all those that write in English. The episodes are short, pragmatic instructions that are given within the span of seven minutes. Grammar Girl does not try to teach you the linguistically correct English, but rather concentrates on a descriptive grammar. She tries to help you write the way is most generally accepted.

Over the years she has compiled some 150 tips varying from pure grammar to stylish instructions, whatever she deems relevant. The show has acquired a large following and consequently can draw upon an stream of requests, should the girl run out of ideas of her own.

The best way to handle this podcast is to pick and choose, although it is certainly instructional and possibly entertaining to indiscriminately take in the episodes. For those who are non-native speakers, there is much to learn, although occasionally one is presented with something that is too much specific for native users of English. By all means a very valuable technical guide into writing. It should therefore come as no surprise, the Grammar Girl podcast is available as a book as well.

In the latest edition of Speaking of Faith, Krista Tippett speaks with Vali Nasr, Islam expert in the US or Iranian descent. (The Sunni-Shia divide and the future of Islam) Nasr and Tippett delve into the divide between Sunni and Shia that make up a 90 and respectively 10% of Muslims in the world. However, this division is not evenly dispersed. In Iran 90% are Shia and in Iraq 60%. Elsewhere Shia are a minority by far, if existent at all. (transcript, full interview) 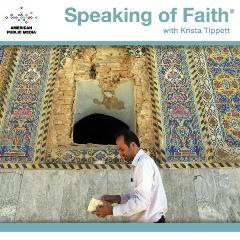 Little attention is awarded to what makes up the divide and what are the cultural and historical differences. What Nasr has come to speak of is the effect on the world that the regime change in Iraq has. Iraq had been ruled by the Sunni minority, but American intervention has brought a fledgling democracy a majority rule. Not only does this mean for Iraq, the Shia suddenly find themselves in power, it also enhances the power of Iran, the previously only Shia ruled state. It also brings the Shia influence into the Middle-East, into the Arab world and has put Shia power on the map for the whole world, Muslim or not. Where Shia was formerly unknown or ignored, it has become a power to reckon with. And where Shia people accepted their submissive position, the idea is rising that political power is an availability for them.

The change in Iraq was triggered by force, because the Americans, as Nasr with tangible disappointment continues to point out, thought they could fast-track Iraq to western society. However, as impossible as it is to fast track any development in whole countries, let alone cultures, the power change has only revealed and unleashed old fashioned tribalism. In spite of that, no more and no less, Islam on the whole is struggling with modernity. In Nasr's mind, modernity will eventually find its way in to Islam, but not for another 60 or 100 years.