Office Hours
Nathan Palmer on Teaching Online
This week we talk with Nathan Palmer about teaching sociology in the internet age. Nathan talks about Sociology Source, the Soc101 Class Pack, and how we should be excited, not scared, about what the internet can do for our teaching.
(review, feed)

Witness
Tokaimura nuclear accident
In September 1999 workers at a nuclear fuel production plant in Japan accidentally set off a nuclear reaction. For several days radiation leaked into the atmosphere.
(review, feed)
Posted by Unknown at 19:00 0 comments

Here is a podcast from Germany, that is done in English and the issue I am going to recommend to you has given this Israeli and idea for going to see and Israeli film, here in Israel. As far as podcasts go, all of the world is just one mouse-click away. If you understand the language, it doesn't matter whether the audio is produced next door or on the other side of the world - I am telling nothing new here. But it just happened to me. 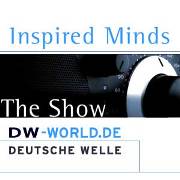 The podcast Inspired Minds (feed) is a cultural show produced at the German radio station Deutche Welle, which delivers content in a variety of languages. Inspired Minds is presented by the Irishman Breandáin O’Shea in perfect English. And one of its latest shows had an interview with Israeli film maker Guy Nativ (pronounce Nah-tEEv).

His film The Flood (Mabul - מבול) is in Israeli theaters right now and on the show he tells some of the script and about its inception. It started out as a short film and after that had earned him a prize at the Berlin film festival, he wanted to expand on the characters and make it into a full feature. It took him four years to find sponsors and then finally he could begin shooting. The movie tells the story of a boy and his parents in a strained marriage, who one suddenly have to take back in their formerly institutionalized autistic son, the main character's older brother. It puts additional pressure on the family members, but in stead of breaking them all apart, somehow this episode salvages them from their estrangements.