The UChannel Podcast, also known as University Channel Podcast (audio feed, video feed), is a composite podcast which brings together lecture recordings from outstanding institutions all over the world. Among them are, The Council on Foreign Relations, The London School of Economics and the Royal Society for the Arts, which also have their own feeds out of which I review regularly. 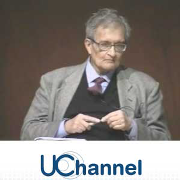 The lectures are guest lectures on select topics, held by the leading authorities in the field. One such was a lecture at Cornell University by Professor Amartya Sen titled: Capitalism and Confusion. In this lecture Sen tackles some of the misconceptions about capitalism that are common in the wider public, but for the critical audience should hold no great surprises. Of course socialism has not been definitively defeated by capitalism. Of course capitalism cannot easily be defined. And of course, the crudest ideas about total freedom for market forces are not even held by a capitalist icon such as Adam Smith.

This is the first confusion that Sen addresses, but there is more confusion and more profound at that. Assuming that even Adam Smith accepted some level of government intervention in the market the confusion among capitalists as to how, when and to what extent becomes very compelling in the light of great global problems. Climate change, poverty, human rights and such are recognized by capitalists and are in need of effective address, but fail to get that address, even in capitalist theory.

An excellent psychology podcast is Wise Counsel (feed), which consists of interviews conducted by Dr. David van Nuys PhD. with assorted guests. David van Nuys is both a psychologist as well as an experienced podcaster and interviewer. His other podcast, Shrink Rap Radio (feed), also on the subject of psychology can also be warmly recommended. 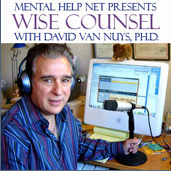 In the latest edition of Wise Counsel, Dr. Van Nuys spoke with Gail Steketee on the subject of hoarding. Everybody has to a certain extent a hard time throwing away what he no longer needs, but for some people, gathering stuff in the house can become a problem and this is called hoarding. The clutter can take over the dwelling space and get out of control. Apart from the sanitary and other practical problems this entails for those who have to live in the clutter, it will frequently also lead to socially unfit behavior, where the hoarding person will shy away from company, or will let nobody in the house. Steketee has studied this problem and relates on its symptoms and treatment.

The DSM sticks hoarding under OCD (Obsessive Compulsive Disorder), but she claims that this classification is not right and predicts that in future editions the classification will accordingly be changed. Hoarding is a disorder of itself. It is most common among peopel over 50, but those who hoard, usually will have shown initial signs already at a very early age. Mostly the hoarding is checked by significant others until later age. The treatment is through CBT (cognitive behavioral therapy) as, so far, no medication has been found that has a persistent effect on hoarding. Patients respond to the therapy, relatively well.

At the episode's page, you can also read a transcript of David van Nuys's interview with Dr. Gail Steketee.