New Books In History
Erik Jensen, “Body by Weimar: Athletes, Gender, and German Modernity”
They’d lost a war, and they couldn’t understand why. They knew that German culture wasn’t the problem. They believed–and with some good reason–that it was the most advanced in the world. So perhaps, they thought, the problem was some failure in themselves. They had grown weak and ill. Yes, that was it. So something had to be done about it. As Jensen shows, it was. And here’s the really interesting part, at least by my lights: it wasn’t done by the state. The Weimar government itself, though hardly disinterested, did not lead the campaign to make the German body well. Rather, “ordinary Germans” did. They began to play and follow sports, and to form countless clubs that played and followed sports. Sports became, well, “progressive” among the “right thinking people.” Rich and poor. Men and women. Everyone played. For Germany.
(review, feed) 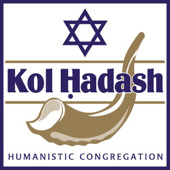 Kol Hadash
Holocaust Survivor: Marguerite Mishkin
Sunday School Guest Speaker Marguerite tells her story to the 7th/8th grade class of growing up in Nazi occupied Belgium. During WWII, Mishkin and her sister Annette were placed under the care of a Belgian Catholic family in 1943 following the death of her father in the Auschwitz concentration camp in 1942. Her mother was able to bring the two girls to safety through the help of the Belgian Resistance. They remained under the Belgian family’s care until 1946, during which time Mishkin’s mother was brought to Auschwitz, where she also perished.
At the end of WWII, Mishkin and her sister moved to a Jewish orphanage in Brussels, Belgium. Then, in 1950, a Chicago rabbi and his wife adopted the girls and raised them in Chicago, where Mishkin was able to graduate from Roosevelt University and later become a teacher. She retired from teaching and now speaks about the Holocaust and her experiences to schools, colleges and community groups.
(review, feed)