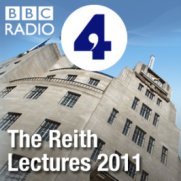 Here is a quick heads-up to let you know that this years' Reith Lectures are about to begin and will be podcast again as in previous years. The feed is the same as in previous years. The speakers will be Burmese pro-democracy leader Aung San Suu Kyi and former MI5 director-general Baroness Manningham-Buller. There will be five lectures in total and the subject will be "Securing Freedom".

If you are looking back into the lectures of the past, I want to recommend you listen to the 2009 series which were an outstanding performance by Harvard professor Michael Sandel.

About the Reith Lectures in 2009:
A new politics of the common good,
The bioethics concern,
Morality in Politics,
Morality and the Market.
Posted by Unknown at 13:14 0 comments