On Open Culture, this TED video from 2006 was chosen as one of the best TED has to offer.

Ken Robinson argues in a very simple and straightforward way how frightfully lopsided education systems are and how this is actually as bad as the climate crisis.

Amazon offers a charming promotional video for Operation Mincemeat, the new book by Ben Macintyre. The book was reviewed on the Dutch history podcast OVT on the first hour of last Sunday's issue that also had fascinating items on Charlemagne and Why German Women Love Dutch Men (with the unlikely example of Louis van Gaal). The retelling of Ben Macintyre's book turns into the most hilarious, captivating and highly informative section. (feed) 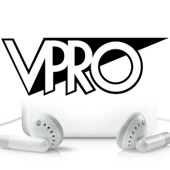 For the non-Dutch readers of the blog, I simply have to deliver my own, faulty, version of the story, because it is too good to miss out on.

Macintyre, by chance, happened upon the papers of a former MI-6 agent, who set up Operation Mincemeat, a ploy by which in 1943 a corpse was played into the hands of the Nazis, with a letter on the body that made them believe the Allies would attack Greece and not Sicily. The idea came from Ian Fleming (of 007 renown) which he had from a spy novel. The problem was, to get a convincing corpse, build a convincing story and get it into the hands of German intelligence. None of this was easy.

Most corpses are no good and most of those that are, have relatives that bury it, but somehow MI-6 managed to come up with a Welsh alcoholic who had taken rat poison. Then a story had to be made up. Part of the deal was to supply him with a love life, which had to be roleplayed by one agent and his secretary in order to conjure up love letters, which raised some eyebrows with the agent's in-laws. And eventually the corpse was to wash up the shores of Spain - a neutral country as not to raise the suspicion of the Germans. There were enough Spanish officials friendly towards the Nazis, yet by accident the body ended up with one of the few who sympathized with the British and they offered the find back. The Brits in turn managed to politely force the procedure through official channels and there the Nazi sympathizers hijacked the information and the plan went to work.