Distillations
Chem-moo-stry
Today the Distillations team delves into the weird and wonderful world of its favorite barnyard animal: the cow. First find out why so few populations are lactose tolerant. Then take a literal peek inside the body of one of these creatures.
(review, feed)

The Economist
The News of the World's demise
Our correspondents discuss the closure of Britain's best-selling newspaper and the latest developments in the phone-hacking scandal
(review, feed)

As every year in the summer I follow the Tour de France and go look for podcasts about this legendary sporting event. Unfortunately the supply has been steadily going down over the past years and now, in 2011 I am down to one: ITV's Tour de France podcast (feed) 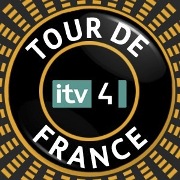 Too bad there is only this one, as this years Tour is off to a promising start. In case you had expected Alberto Contador to reign as a true patron, that may still happen, but so far has has begun a minute and a half down. The predicted number two, Andy Schleck doesn't seem so strong thus far and the one old favorite I thought had left the scene, Cadel Evans, emerged as a force to reckon with. And then what about Bradley Wiggins or Robert Gesink. No, this could be a very exciting and eventful tour as it has already been in six stages so far.

Take a listen to ITV's issue about stage 5 and you will even find an unexpected dissenting opinion on the issue of rider Nicky Sorensen who was hit by a motor cycle, thrown off his bike and left deprived of his equipment as it remained stuck to the motor cycle. Every commentator unequivocally bashed the motor rider's carelessness, but ITV brought some words to his defense.
Posted by Unknown at 07:00 0 comments