LSE podcast (Guest lectures at the London School of Economics)
The Quest for Meaning
In this public lecture Tariq Ramadan, philosopher and Islamic scholar will talk about his new book The Quest for Meaning |in which he invites the reader to join him on a journey to the deep ocean of religious, secular, and indigenous spiritual traditions to explore the most pressing contemporary issues. Along the way, Ramadan interrogates the concepts that frame current debates including: faith and reason, emotions and spirituality, tradition and modernity, freedom, equality, universality, and civilization. He acknowledges the greatest flashpoints and attempts to bridge divergent paths to a common ground between these religious and intellectual traditions. He calls urgently for a deep and meaningful dialogue that leads us to go beyond tolerant co-existence to mutual respect and enrichment.
(review, feed) 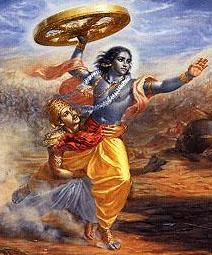 Mahabharata Podcast
The Second Dice Game
At the end of the First Dice Game, it really seemed like King Dhritarastra had put everything back the way it was. He restored the Pandava's freedom, titles and wealth. Unfortunately, Bhima had sworn some pretty serious oaths to kill his cousins, and cousin Duryodhana was too filled with hate and fear to allow things to be left the way they were.

The blind king then ordered Yuddistira to return for one final round of dice. The loser would give up his possessions and retire to the forest for 12 years. The 13th year would be a year of hiding during which, if they were caught, they would be sent back to the forest for another 12 years.
(review, feed)

Radio Open Source; in a series about contemporary India, came today with:
Real India: a land soon without tigers, and maybe orchids
Suprabha Seshan — a gardener and guardian of the land, living for the last 17 years in the wild rain forest of Kerala, near the southwest tip of India — is taking a fierce run here at the glad gab in Bangalore about the software boom, jobs, sudden wealth, the “New India,” which she believes has delivered itself into a deadly trap of consumerism, pollution, ruined forests and rivers, a “virtual” prosperity but a profoundly un-natural India. It is a New India, in short, without tigers or, soon, even orchids.
(review, feed)

SALT - Seminars About Long Term Thinking (The Long Now Podcast)
Martin Rees: Life's future in the cosmos
Martin Rees brings a lifetime of cosmological inquiry to a crucial question: What if human success on Earth determines life's success in the universe? He thinks that civilization's chances of getting out of this century intact are about 50-50.
(review, feed)

Naxos Classical Music Spotlight
Salieri - Requiem in C Minor
Antonio Salieri was a contemporary of Mozart’s and one of the most influential composers of his time. He remained a lesser known colleague of Mozart for almost 200 years, when the movie “Amadeus”, with F. Murray Abraham in the role of Salieri made him a household name, and led to a renewed interest in his music. This podcast looks at this new recording of his Requiem in C minor, one of the only recorded versions of this piece. It features the Gulbenkian Chorus and Orchestra of Lisbon, under the direction of Lawrence Foster.
(review, feed, enhanced feed)
Posted by Unknown at 18:00 0 comments

By the end of the lecture David Harvey tells Marx once said: "I am not a Marxist." It appears that even in his own time, many things were ascribed to Marx which Marx did not intend. Furthermore, Harvey claims at the beginning, few people integrally read Marx's central work - Capital (Das Kapital). Mostly it is quoted in part, which is prone to misquote or taken into the wrong context. In this podcast David Harvey takes us with him in his 2008 version of the course he has been teaching over 40 years: about Das Kapital, volume one, as a whole (Reading Marx's Capital).

The course is available in an audio feed as well as a video feed. I have embedded the video of the first lecture below and with me, you will find that there is hardly anything you miss out on if you take only the audio.

After the (nice) addition of the little conversation at the beginning, it kicks off with the first lecture about the first chapter and generally how this book is to be read. It had me excited right from the start. Not only is it worth to engage into the question how one should address any author's major work with Marx as an example, for it is not just him who is victim of endless quoting in snippets and stereotypical interpretation. I was also thinking of Mills, Darwin, Keynes and Freud to name but a few. In addition Marx kicks off with taking us to pondering the value of a commodity - to analyze the value transitions of any simple product we purchase any time any day without much thought.

I want to thank my reader Naveh for pointing me to this series.
Posted by Unknown at 06:00 0 comments