In Speaking of Faith, Krista Tippett took me to an experience I was not prepared for, yet which made perfect sense with what I know. The political color of Evangelists, in my mind, is of the far right. Is the ideology of narrow-minded traditionalist family values in league with ultra-nationalism and capitalism. No traces of what I recall from the gospel about tolerance, egalitarianism and care for the weak and the outcast. Krista Tippett interviewed Evangelical reverend Jim Wallis who emphasizes all the social issues: the fight against poverty, unequal chances and so on. For him, these issues follow straight from the Scripture.

You can be cynical about this and claim the Scripture can lead you anywhere, but there is also a reply. The highest values are the most abused. Where Jesus tried to teach us solidarity with our weaker neighbors, preachers of the faith have collaborated with the powers in charge. There have always been distortions of religion for evil purposes.

The same can be done with rationality, or secular world views, I think. Wallis also makes a point to remark Christianity has no monopoly on morality, neither has religion in general. Each religion and each philosophy, so I understand him, is a language with which to attain morality. As such it represents the noblest qualities in us and as such they are infinitely open for abuse such that the ideas, symbols, metaphors, traditions and rituals serve to suppress in stead of to support.
Posted by Unknown at 18:26 0 comments

Hannibal in the end - Patrick Hunt

After ten lectures, the Stanford podcast about Hannibal (feed) came to an end. Well, it did so a couple of months ago, but only now I have finished listening to the whole series. Patrick Hunt proved to be a very captivating and excited lecturer. He ends, with the defeat of Hannibal and the eventual death. After all his successes Hannibal is bettered by Scipio Africanus and Rome defeats Carthage.

Hannibal lives on though as a great military strategist. Hunt lists the historical leaders who studied Hannibal closely. Scipio did, as a first, Charlemagne, Napoleon and Patton - to name but a few. Hannibal continues to figure in military academies. And Hunt continues his search in the Alps for the exact route Hannibal took.

In the mean time, though I do not know when, Stanford has started syndicating this great series. When I first found it, it could only be downloaded from iTunes U, but by now, one can subscribe to this and other lectures from Stanford. As with many other great academic institutions. iTunes U is rapidly developing into the best source for great quality podcasts.
Posted by Unknown at 07:47 0 comments

The Missing Link podcast is a podcast about the history of science. In the fifth episode Strength in Numbers, host Elizabeth Green Musselman (EGM) ponders the position of scientists in society. The scientist, over the past hundred years has developed in some kind of a apolitical technological objectivist and as such is a mere tool in the political discourse and not an agent. She argues, scientists should and can take a stand. Implicit lies the idea there is no such thing as true objectivity. The seemingly neutral numbers of scientific knowledge can be used one way or the other. A thought provoking podcast.

When listening to the podcast, you have to keep your eyes on the ball (as it were), since EGM uses excerpts from recordings she made during a conference. This was done with simple hardware and render sound quality of a very poor level. She apologizes in advance, but one needs to truly carefully listen in.
Posted by Unknown at 06:13 0 comments 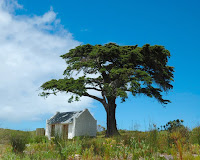 The Environmental History Podcast interviews science historian Elizabeth Green Musselman about her research in South Africa. The South African environment is exceptional to begin with from an ecological standpoint; it is significantly different and secluded from the rest of subsaharan Africa. Historically South Africa is also unique as it has been the meeting point, early on, from very different cultures. The indigenous population was varied, but also colonials arrived early on and with the a large contingent of Indian people. The result is a long standing exchange.

Awareness of the environment of each culture was different, but while they existed together they also influenced each other. Also the somewhat haughty western scientific approach of nature, learned from the others. Awareness of the effect of inhabitation to the environment also started early on. Green Musselman describes how these interactions worked and on a side note, how apartheid set the peoples apart and interrupted the exchange. From a perspective of the development of science, she finds a very interesting history and a one that offers a somewhat different picture of the history of science than we usually assume.

The podcast is very worthwhile, but the aspiring listener should be warned that the sound quality is not good. Host Jan Oosthoek speaks with Green Musselman over the phone and this results in a heavy distortion of her voice. On a side note: Elizabeth Green Musselman we know from another, her own, podcast: The Missing Link.
Posted by Unknown at 06:04 0 comments