Here is a book I would like to have: Philosophy, The Classics by Nigel Warburton. Philosopher Warburton gives us an entry point to philosophy by means of an introduction to a series of classical works in philosophy. From Plato's Republic to Kierkegaard's either/or. 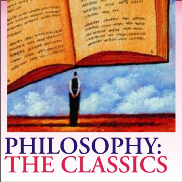 Does the name Nigel Warburton ring a bell? Yes, he gave us also the podcasts Philosophy Bites, Ethics Bites and Prospect Magazine. True to his podcasting nature, he has made a promotional podcast for his book, a podcast by the same name: Philosophy: The Classics. (feed) Here we can enjoy the material, bite sized, as usual.

Be prepared though that Warburton is conducting a monologue here. What makes Philosophy Bites so easily accessible, is in part the format of interview, which is so much easier, so much more natural to listen in to. On The Classics, Warburton reads a summarized version from his book, complete with paragraph titles. This works less well on podcast and if Nigel is considering to continue this series I would want to suggest to him to find a way of livening the podcast up a bit. Nevertheless, for the prepared listener, these are veritable jewels to collect and to listen to at least twice.
Posted by Unknown at 18:00 0 comments

Several podcast series can be had that deal with the history of Early Christianity. A subset of that history is the quest for the Historical Jesus. Apart from the gospels there are few and little references to either Jesus or the Jesus movement. Two are mentioned by Canadian professor Philip Harland: Tacitus and Josephus. 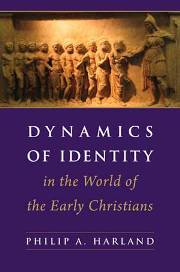 Philip Harland has been conducting a very interesting podcast series on Religions of the Ancient Mediterranean (feed). He has been successively going through the stages of Christianity and treated the history and theology and sources. By now he has reached the 5th section of the series which went off on a promising start and which intends to tackle the specific issue of the Historical Jesus.

Another series on the historical Jesus is a veritable classic from Stanford, The Historical Jesus by Thomas Sheehan (feed), which is very thorough (some 14 hours solely on this subject). More in passing Dale Martin's course Introduction to New Testament History and Literature at Yale (feed). Martin tells in this course he also teaches a course on the Historical Jesus and we hope this one will one day be podcast as well.