We have encountered Amartya Sen on several podcasts. He spoke on Justice at the LSE at Cornell on Capitalism and Confusion (UChannel), there was a more free conversation with Amartya Sen at the LSE again and he even made a short appearance on A History of the World in 100 Objects (BBC), when they discussed the Pillar of Ashoka.

At Radio Open Source the host Christopher Lydon interviewed Amartya Sen on India in general. (feed) It is very interesting to listen to this interview in conjunction with two other podcasts that relate to the current state of affairs in India. Pranab Bardhan on LSE and Palagummi Sainath at Big Ideas. All three Indians, each with their own professional perspective, make an analysis of where India stands today. All three mark the widely noticed economic rise of India and all three make critical comments.

Amartya Sen comes with a very personal view of India and its history. One of the distinctive elements, in his view, is the variety and tolerance of variety in India. What this also means is what Sainath called the great Inequality: the huge differences in literacy and wealth. It also means that India shows a large variety of religions, including fundamentalist streams. A variety towards science and technology is quite surprisingly illustrated with Gandhi; Sen discloses the Mahatma's opposition even to railways. Just as Sainath, Sen is worried about the inequality and he catches it in the phrase, India is becoming part California, part sub-Saharan Africa. There is more - one should listen.

With the football World Cup coming up in South-Africa, I am looking around for football podcasts (sorry, some people use the word 'soccer'). Although I have a general interest in football, for this World Cup I voluntarily impose on myself a tunnel vision. It is the Dutch National football team I am interested in. 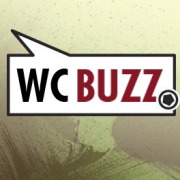 The podcast World Cup Buzz had an issue that exactly matched my state of mind (feed). It featured an interview with writer and analyst Simon Kuper to inform the podcast's audience about Dutch football in general and the team's chances in the coming World Cup. Kuper is a very interesting speaker who impressed my with fine vision and clear analysis. I have never heard such a profound assessment of Holland's performance at Euro 2008 which showed two stunning wins over World Champions Italy and the runners up France, followed by a rather pitiful defeat against the Russians.

Kuper acknowledges the impressive strength of the Dutch team with its world class midfielders and strikers. Yet, the mediocre defense, it is his conjecture, will bring Oranje down against the better teams. The greatest praise goes to Spain, but Kuper seems to project the Dutch will falter in the quarterfinals against Brazil. A confrontation with Spanish will not even be reached.

An additional weakness Kuper detects in Dutch football is a matter of cultural mentality. The Dutch are football romanticists. They try to win with elegant attacking play and when they do not succeed in making that kind of an elated performance, they lose the will to win. In that way they are also football moralists, a win should be deserved. Winning ugly or by fluke is not allowed in the Dutch mind-set. It allows for opponents to simply disturb the fluent Dutch play and then the Dutch themselves will present them the win. I fear there may be a grain of truth in this idea of Kuper's though it also seems a bit exaggerated. At least I can recall a couple of ugly wins in Oranje's history.