Recurring subjects on this blog are issues of global and far reaching meaning. I love all angles of history, I tend to pick up issues of geopolitics, environment and climate change when it is about current affairs and in science I like to look at the brain, at genetics and evolution and then of course I do not shun religion and philosophy. Broad and general and all-encompassing is my appetite. And when you tend to look that wide around and that far back into history, the future is also no small matter. Thinking a century ahead easily comes with the territory. 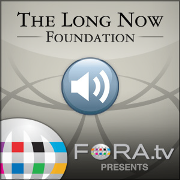 In comparison with The Long Now, that is nothing. This foundation propagates looking at global issues, at history and at the future with an even wider scope. For The Long Now, here and now spans twenty thousand years. Ten thousand back in the past and ten thousand into the future. As Ran Levi told about in the podcast I reviewed earlier today, The Long Now has devised to this end a clock that is supposed to run for at least ten thousand years. Another project is the Rosetta Project that tries to collect and preserve as much language data as possible. The common ground is the idea that humanity and its culture spans all at once this long now and in order to properly treat it, it must be viewed from this large perspective.

The Long Now also organizes lectures and these are podcast as well (The Long Now podcast and vodcast - audio feed, video feed). I have begun listening to these podcasts and although the basic idea of taking a really long ranging view of affairs thrills me, some of the content comes of as mildly obligatory, as if, predictable and obligatory. And example is the speech by Wayne Clough of the Smithsonian institute, which turns out a summary of long term project the institute is engaged with. Much more interesting, predicatably, is the combined lecture about organically grown and genetically engineered food; this somewhat unexpected combination that really throws a fresh and long-term outlook on feeding the ever growing population and at the same time preserving the environment by using less space and needing far, far less pesticides.
Posted by Unknown at 12:00 0 comments

Ran Levi, then, now and about the Long Now

Making History with Ran Levi (עושים היסטוריה! עם רן לוי) is allegedly the most successful Israeli podcast. It has been around for several years and it has been ranked as Israel's number one podcast at iCast - the Israeli podcast directory, provider and aggregator. Consequently the podcast has a wide folllowing and this was put to the test at a Making History public meeting event that was held not long ago. 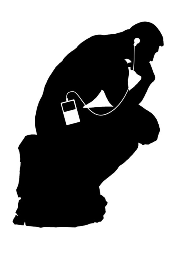 A great many listeners joined Ran Levi for this event in Herzeliya and got a short speech that was recorded and broadcast in the latest episode of the podcast. In this speech we learn how Ran learned to podcast and how Making History came into being and acquired the number one position is has today. Since this is the recording of a live event, the listening experience is very different from other issues of the podcast, but in spite of the low audio, I must say I enjoyed it no less.

As a bonus to the chapter, Ran has added a short item about a project in the US called The Clock of the Long Now. This is a clock that has been built and is designed to run for 10,000 years. Ran digs into the technical details of devising and building the clock, but this project is part of a much greater project called the Long Now which propagates a much much longer term outlook on current affairs. The Long Now has a podcast of its own that I will review in the next blog post.