WNYC's Radiolab dedicated a live broadcast to the War of the Worlds craze of 1938 and similar events. The radio show was, as usual also brought as a podcast. This week, this podcast was repeated in order to commemorate 50 years since Orson Welles' radio feat. This is a reposting of my earlier review.

Orson Welles allegedly didn't like H.G. Wells's War of the Worlds, nevertheless took it upon himself to turn the 19th century story into a radio play. Afterwards he claimed to have wanted to check the power of the new medium of radio and pretended to have wanted to teach the public a lesson in vigilance - not take anything they hear on radio for granted. In that light, the craze, the mass panic, showed the experience as a failure. Nevertheless, a radio maker in Quito, Ecuador, regarded it as a success and tried to emulate it in 1949, with disastrous effects. Riots and people killed and wounded.

Radiolab attempts to explain and shows that such a craze can still happen today, for which The Blair Witch Project movie was taken as an example. I am not sure whether their explanations are so strong, but one observation is brilliant: Welles' experience and approach have resulted in the opposite: news media use the pumped up language of impending disaster in order to draw the attention of the audience. The conclusion for Welles: the media are effective, too damn well.

I have to admit I knew the podcast medicalhistory, which is an amateur podcast attempting to give some historical insight in the development of the medical science and profession. It is plagued by poor audio quality and didn't choose a didactic path that managed to bring me in and that is why I haven't written about it thus far. 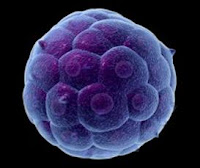 Medical history is a fascinating and important subject though and we can hear some excellent issues in In Our Time and The Missing Link . So, there definitely is room and need for a good podcast on the subject. If medicalhistory pick up on the learning curve, it may just develop into that. And so, let us talk about the latest installment , which was, all deficiencies taken into account, a very laudable effort.

The aim was to show the transition the medical profession has gone through in the past two centuries and to give the acclaim to Michel Foucault, that is due in this respect. In spite of his faults, Foucault managed to clarify how the medical perspective shifted and consequently changed from a patient to a disease oriented profession. The consequences for the patients being rather to the detriment, even if the effectiveness of treatment was enhanced. In any case, it took the patient out of his home and into the medical ward. Foucault is not a terribly accessible writer and one that is not considered to have sufficiently made his theories sound, and as such presented the podcasters with quite conundrum as to how to convey the message.

The form that was chosen, was a scripted dialog between students. A good idea that has two major advantages for podcast: the variety of voices and the possibility to start at a low level of understanding. The script as it can be heard, certainly achieved to teach me the message, but made me cringe also. The audio was mediocre as usual. The acting was pretty poor and the scripted dialog lacked some dramatic punch.

So, the medical history podcast, is still trying to finds its direction, but it surely should be kept an eye on, by those who are keen on the subject.