The History of Rome
In This Sign
Prior to the Battle of the Milvian Bridge Constantine experienced visions and dreams that promised him victory if he embraced Christianity.
(review, feed) 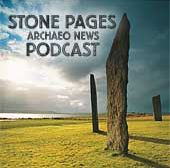 The Total Football Soccer Show
ET - Twente and Milan win, Team TSS lose, Dutch Wikipedia Game
Albert, Daryl and Taylor review Twente's table-topping 2-0 win over PSV in the Eredivisie, and offer some honest reactions to their first taste of Dutch league football this season. Second course is Milan's 2-0 win over Inter, featuring a goal-scoring, red-card-receiving cameo from Antonio Cassano. Third course is a heart-breaking 3-2 defeat for the back-in-action TSS 11-a-side team, and for dessert we have an all-Dutch player Wikipedia Game.
(review, feed)

EconTalk
Andresen on BitCoin and Virtual Currency
Gavin Andresen, Principal of the BitCoin Virtual Currency Project, talks with EconTalk host Russ Roberts about BitCoin, an innovative attempt to create a decentralized electronic currency. Andresen explains the origins of BitCoin, how new currency gets created, how you can acquire BitCoins and the prospects for BitCoin's future. Can it compete with government-sanctioned money? How can users trust it? What threatens BitCoin and how might it thrive?
(review, feed)
Posted by Unknown at 19:00 0 comments

A new Israeli podcast has begun to publish: BioCast which does fifteen minute biographies of the most divergent characters - from scientists to pop musicians, biocast does them all. In addition, it has two tiny rubrics at the end of each show, one in which for half a minute little children associate on the theme of the show (for example on the question what is an explosion after the bio of Robert E. Oppenheim) and after that something that sounds like a Rabbi giving his Judaism inspired take on the same theme. I have not decided yet whether that last entry is serious or not. (feed) 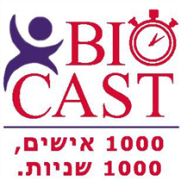 The last chapter really stood out. It took on the biography of the Hebrew Poetess known as Rachel. The show really expressed a great love for her persona and for her poetry, replete with extensive readings and, obviously, song. For those who master the Hebrew language, this is really a must listen.

As with many beginner podcasts, Biocast is still struggling with audio quality. Not only are the recordings not yet up to speed, the total production has varying sound levels which makes for very irritating fluctuations in the volume. I am sure that will be sorted out in due time. And by all means, this should not scare you away from listening about Rachel.
Posted by Unknown at 07:00 0 comments