Thanks to a comment on this blog I tried a new podcast: ABC's Rear Vision. (feed) The comment was made at a post about another program from ABC, which is the Australian Broadcast Corporation.

Rear Vision is a contemporary history program on ABC radio that is, luckily for us, also published as a weekly podcast. In 30 minutes hosts Annabelle Quince and Keri Phillips allow us to dig into the backgrounds of one subject and get the full historic picture we need in order to understand the news. The first subject I picked out was Fiji; coup country. I make out Fiji on a map, I had heard about the occasional military coup in the country. I had wondered about that, but knew absolutely nothing to say about it, until Rear Vision came along.

On Rear Vision I learned has become ethnically diverse with the British rule starting in the 19th century. People were hauled over from India to work the plantations and so, when Fiji gained independence in 1970 it had two majorities of indigenous Fijians and Indian Fijians each making up about half of the population. Furthermore these and other ethnic groups had different plans with the independent land and had a different representation in the army. The relatively large army, too big for the geopolitical position of Fiji it is argued, is the culprit of the coups and of the ensuing instability. The instability in turn has wrecked the tourist industry which is very important for Fiji and has caused emigration in an uneven proportion by Indians, which in turn has redrawn the ethnic balance. In a nutshell. 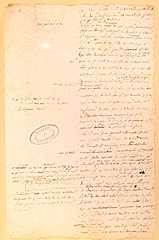