Here is a quick heads up to announce that the Reith lectures Podcast has begun publishing the lecture series that was held about a month ago. Speaker is historian Niall Ferguson and the series title is The Rule of Law and Its Enemies. (feed) 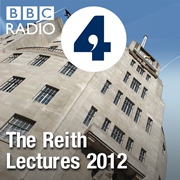 This title is rather reminiscent of Karl Popper's The Open Society and Its Enemies (1945) in which he pointed at Fascism and Communism as the ideologies that held the greatest threat to society. Underlying these ideologies were theories that, in Popper's view, had the kind of tendency towards totalitarianism that brought these ideologies about and what similar dangerous ideologies could emerge.

In 2012 such discourse is not taken to ideologies, as is to be expected. Ferguson takes a look at the institutions and their role in society. But the question is still the same: what helps and what threatens the kind of nation we would like to live in?

Reith Lectures in 2009:
A new politics of the common good,
The bioethics concern,
Morality in Politics,
Morality and the Market.
Posted by Unknown at 18:00 1 comments