The second issue of BBC's In Our Time after the summer recess paid attention to the huge effort of the Arabs to translate Greek works (link). It is in the early days of the Arab Empire, during the Abbasid period, when the center of the empire became the newly built metropolis Baghdad.

What is fascinating is that this effort, if at all a singular movement, was instigated from above, or at least stimulated, and carried out by groups of intellectuals that comprised of an astonishing diversity of backgrounds. The scholars were not just Muslims. First of all there were numerous Christians, those who mastered Greek and they were also joined by Jews and Zoroastrians. In relatively little time a huge body of Greek works were translated, notably Galen and Aristotle and, interestingly, much less so: Plato.

There was a lasting effect on the Arab world, the culture and the language. Also, by way of Spain, Toledo, the works made it to Europe, where the translation effort was followed and many of the works made it to Latin, either directly from Greek or through the Arab sources. Thus also the commentaries of Averroes and Avicenna made their way to the West and the translation movement left an imprint on western thinking, science and culture as well.

More In Our Time:
Miracles,
Tacitus,
John Donne (The Metaphysical Poets),
The Arab Conquests,
BBC's In Our Time (podcast review). 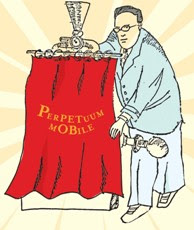