Two podcast issues on the History of Haiti 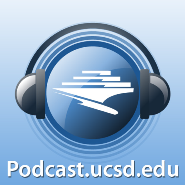 Haiti may be associated with natural disasters, abject poverty and political instability, but it can pride itself in being the product of the one successful slave revolt in history, to be the first republic of black people and to be the second independent state in the Western hemisphere (after the US). In addition, when it was still a colony of France, it was one of the world's major producers of sugar, coffee and indigo and as such represented immeasurable wealth. The history of Haiti's coming into existence is retold in the 10th lecture of UCSD's series MMW 5.

This podcast is delicately complemented by ABC's Rear Vision, which brought an issue about Haiti. Rear Vision summarizes what you have already learned from MMW 5 and shows how the circumstances in which Haiti is established already bear with it the elements that make for its consecutive instability. A free slave nation, obviously, meant a threat to other powers that heavily relied on slave even if they were the enemies of France. Haiti also inherited the ethnic divisions that were the social fabric of the slave society and this continued to cause political instability. And last but not least, the country lies on a seismic fault line and in the path of heavy seasonal tornadoes to name but some of the environmental challenges.

The modern history narrative of Rear Vision can be compared with the MMW 6 lecture on Haiti, which, according to the MMW 5 lecture, is to be expected. Maybe this summer.