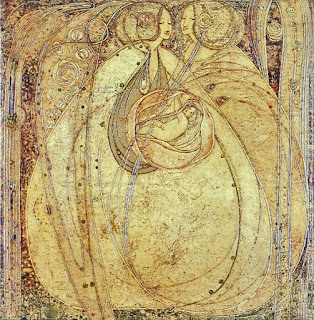 The Sex History Podcast. Allie, John and Randal speak of history as it is related to sex, that is, birth control and sexual liberation and more. Man is a sexual animal and has engaged in sex and therefore it is wholly possible and relevant to look at sex in history. As a matter of fact Professor Thomas Laqueur of History 5, the Berkeley lecture series on European History which is also a podcast has written a lot on the subject.

The Sex History Podcast is less serious, if less heavy handed. In a staged banter the three show hosts go over the subjects. The podcast is supplied in short, light issues. This is not your academic podcast. This is the kind of approach you'd love to have had in high school. Sex education not just in biology class, but also in history class. Makes a lot of sense.

Will this podcast make it to the class rooms? Well, it is labeled explicit, so, can we expect that?
Posted by Unknown at 19:32 0 comments

Shame and Guilt without remorse - In Our Time

BBC's In Our Time took on the subject of guilt. In order to explain guilt, the major part of the show was used to distinguish guilt and shame. Show host Melvyn Bragg writes in his show notes:

The distinction between shame and guilt was well made. I wish we’d had more time to drive down to the burdensomeness, the pathology of guilt, which so many people I know claim. My Jewish friends say that there’s no guilt like Jewish guilt. My Protestant friends say there’s no guilt like Protestant guilt. My Roman Catholic friends say you know nothing about guilt until you have been a Roman Catholic. And so it goes. The burdensomeness of guilt is a subject that I would have liked to have gone into much, much further. Maybe I’m talking about this in a confessional way, i.e.: I would have liked In Our Time to act as a confession box. I’ve always rather envied Catholics having a confession box.

When the program ended, Miranda said “but we didn’t get to remorse”. Thank God!

After establishing the Classical world as one of a shame culture and ascribing guilt as a Christian (not Jewish?) invention, it is claimed that guilt in the individual, voluntary and social responsible sense is kicked off with the Reformation. Then we go through Luther, Kant, Hume, Freud and end up with Nietzsche. Nietzsche apparently points back to shame and the value we have lost there.
Posted by Unknown at 17:22 0 comments

Wise Counsel talking to the client

Dr. David van Nuys has been interviewing many therapists on the Wise Counsel podcast, but always wanted talk to the client as well. In the 18th edition he does so. He speaks with the Dutch Laris MacPherson, who has benefited from therapy overcoming dysfunctional family, a bad marriage, eating disorder and ADHD and feels today better than ever.

The podcast takes the listener swiftly through the biography and series of treatments and developments Laris went through. Van Nuys manages to keep this organized and MacPherson succeeds in relating the tough stuff in a way that is pleasant to hear. The strength she has developed seems to shine through. I can feel with Laris, as I know both the eastern Netherlands as well as the underground Amsterdam atmosphere in which she struggled to survive. And I know from my own experience that that is no small feat.

I liked the change of perspective in Wise Counsel and hope that this is going to be a regular element in the series.
Posted by Unknown at 14:03 0 comments

Exploring Environmental History is the podcast about human societies and the environment in the past. This is more than a history podcast, as, naturally, environmental history is an interdisciplinary field. This is already pointed out in the introductory issue. There is, also almost by necessity, another additional aspect that needs to be taken into account. I am not sure whether this will be admitted by the makers, but I distinguish their ideological stand. Their concern about the environment and inclination toward ecology politics.

I share the concern and the inclination, it is just I am very anxious about the effects of ideology. I do not want my history podcast to be colored by one side of issues. I think, when ideology is stronger than the inclination towards neutral fact finding, one is prone to slide into pseudo-science. In the end, ideology, thus, can draw you to shoot in your own foot. I am not saying the Environmental History podcast does that. I haven't heard enough even to begin draw conclusions, but I am alert in advance.
Posted by Unknown at 11:52 0 comments

The BBC History Magazine is for sale all over Britain and in certain shops in North America. It is not available for poor sods in The Netherlands or Israel, to name but a few. Well, maybe it is, but it is certainly hard to come by. What IS easy to get, is the monthly, 30 minutes, podcast, the BBC History Magazine puts out as a promotional feature for the magazine.

I wasn't aware of this podcast, but luckily found it linked from another (new) history podcast: The Missing Link. The Missing Link's host Elizabeth Green Musselman wrote to me in an email:

I agree that it's hard to find good ones. With many of the history podcasts, I find the hosts trying too hard to be taken seriously, and they end up sounding like encyclopedias being read aloud.

I have called this the monologue style and claimed few manage to pull that off, but Elizabeth's characterization puts it more accurately.

The November issue is all about aviation. The podcast avoids the monologue/encyclopedia aloud style by using the interview approach. Three interviews with writer's on features in the actual magazine, make up the show. Interestingly, the two first interviews touch upon the famous Battle of Britain. The first interviewee tells how Britain had nearly fumbled in having the extremely important Spitfire fighter planes ready for the Battle and the second interviewee relates how the Battle of Britain was not even won, or in a way, the aviation war was not as decisive as it usually thought to have been.
Posted by Unknown at 11:30 0 comments