Sorry, yes, I have not been blogging for nearly a month. I have been listening to podcasts though and here is a handful around one theme: the wave of popular uprisings in North-Africa and the Middle East.

BBC Analysis (feed)
Rethinking the Middle East; Maha Azzam examines the long term implications of the recent uprisings in the Middle East. Get updated with some backgrounds within half an hour.

Rear Vision (feed)
The Arab world; As political unrest spreads across the Middle East and North Africa we take a look at the history of the Arab world, through the 20th century. Another mere half hour to get smart quicker. A very learned and concise introduction to the relevant history.

Africa Past and Present (feed)
Salah Hassan and Ken Harrow (Michigan State University) on the democratic revolutions in North Africa. Events in Libya, Tunisia and Egypt are analyzed from below and above, with focus on the perspectives of youth, creative uses of technology, as well as the connections to, and relevance of, the events to Africa and the wider world. 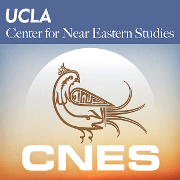 CNES (feed)
Podcasts from the UCLA Center for Near Eastern Studies. The Egyptian Intifada in Historical Perspective; A lecture by Joel Beinin, Stanford University. If you want to be more thorough and are ready to spend a couple of hours, start here. An in-depth expose of the Egyptian situation, with noted applicability to the other countries in uproar is given here. The shorter references in the other podcasts will then be less enigmatic.

LSE Podcast (feed)
A Perfect Storm in the Arab World?
Regardless of the outcome of events in Egypt, for Arabs, psychologically and symbolically, this is their Berlin Wall moment. They are on the brink of a democratic wave similar to the one that swept through Eastern Europe more than 20 years ago, hastening the Soviet Union's collapse. The Arab intifada has put to rest the claim that Islam and Muslims are incompatible with democracy. The democratic virus is mutating and will probably give birth to a new language - and a new era - of politics in the Arab world. Fawaz A. Gerges is a Professor of Middle Eastern Politics and International Relations at the London School of Economics and Political Science. He also holds the Emirates Chair of the Contemporary Middle East and is the Director of the Middle East Centre at LSE.
Here also Israel and Iran are entering the equation.

And if you want more Israeli and Jewish perspective:
Radio Open Source (feed)
A Jewish Argument around the Arab Revolt
Philip Weiss, exulting in the glorious news from Egypt, says: “the handwriting on the wall is Arabic.” The 55-year-old meta-journalist dedicates his website MondoWeiss to “the war of ideas in the Middle East.” His project is more daring and difficult than that sounds. Really it’s to start something between a moral argument and a civil war over the big book of Jewish tradition and “spiritual wholeness” — over US national interests, the Palestinian condition, Israel and the whole modern idea of Zionism, by which he means the judgment from 19th and 20th Century European experience that Jews cannot be safe as a tiny minority in non-Jewish countries.
Posted by Unknown at 16:54 3 comments