Poverty podcasts to be reviewed

Also this year I have decided to take part in Blog Action Day. On this day, yearly on the 15th of October, bloggers from all over the world and from all walks of life will pay attention to one and the same subject. The subject this year will be poverty.

I will be reposting all of the podcast reviews on relevant podcasts I have written in the past, but I would appreciate if you reader could suggest me some more. You can communicate your podcast tips by leaving a comment anywhere in the blog or send me a mail, Anne Frid de Vries (in one word) AT yahoo DOT co DOT uk.

My contribution last year: The environment in podcasts.

Berkeley's Philosophy 6 or, Man, God, and Society in Western Literature is directly related to Philosophy 7 (Existentialism in Literature and Film) and I couldn't say whether the one follows up on the other or the other way round. As far as complexity is concerned, both lecture series are no easy ride, but taking number 7 first and then 6 seems the best way to go. In any case that is what I have been doing. 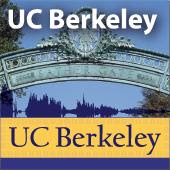 I have been trying to finish the courses for some time, but it takes a lot of effort. As usual philosophy is too complicated to idly take with you on the iPod to the supermarket or the highway - it takes much more concentration than that. Also the lecturer, for both courses, Hubert Dreyfus, demands an extra effort. He may seem a bit unorganized, but yet totally dedicated and very much on top of the matter, even if he is still struggling with it. He knows his quotes and is quick to pass them around, but sometimes cannot find them in time, or isn't entirely happy with what he finds. And so you are on the edge of your chair, figuratively speaking, and surely taken in into the subject - if you give it the chance.

Philosophy 6's hero is Heidegger and the subject matter seems to try to take you to a very fundamental critique of Western Society. I write that it seems to, because I have heard only so few lectures of the course, in the current, or past installments. Yet I am hell bent on trying again, for I am mesmerized by Dreyfus and his subject. The idea evolves roughly around the following. Western culture is schizophrenically based on two philosophical approaches which are the Greek Platonic and the Judeo-Christian tradition which are in some ways diametrically opposed to each other, the first so general and deductive, the second so subjective, but both so absolute. Whereas Philosophy 7 may seem to give some idea Dreyfus is mostly attracted to the subjective mood, through existentialism, Philosophy 6 reveals he also is against the absolutism. I have found him say he wants to drive to a certain pluralism or polytheism, but that remains rather vague. But it is profoundly the subject of Philosophy 6. I want to find out what it exactly is.