In the seventeenth century the Dutch experienced the first recorded economic bubble. Tulip bulb prices rose to excessive heights until it collapsed rapidly. The hebrew podcast קטעים בהיסטוריה (pieces of history) retells this well-known story in a charming 20 minute issue. 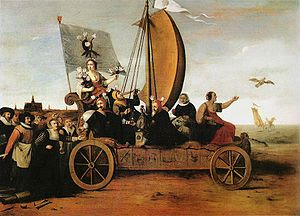 Host Yuval Malchi explains how this could work. The tulip had only recently been introduced in Holland and the ownership had become a matter of prestige. This caused the price of the bulbs to be rather high. In addition, with the advent of speculative trading, the free market allowed for trading in future bulbs and this allowed to heavy speculation.

It goes to show how the free market can drive itself and it has been shown many times ever since. Once the prices began rising, speculating even more on the bulbs became the right thing to do and consequently prices continually went up and up. Just as with any consecutive bubble, it was a matter of time to burst, let the market collapse and drag many investor to bankruptcy.