Occasionally I am looking for a transcript of a podcast show and especially when the show consisted of a conversation, such is not available. The interview podcast Shrink Rap Radio does frequently offer transcripts, but usually this takes some time after the issue has first come out. Recently a transcript was added for show #231 - The meditating brain with Richard Davidson.
Shrink Rap Radio transcripts are a community effort; volunteers from the audience step up and transcribe. It goes to show how a podcast can be a community as well as an audio-product. 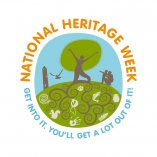 Hidden Heritage (National Heritage Week Podcast Series)
Bog Bodies & Iron Age Human Sacrifice: Examining the Iron Age in Ireland and the mysterious Bog Bodies! The Iron Age is an era when celtic culture arrived and dominated life in Ireland. It remains one of the most mysterious and least understood periods of Irish Archeology.
(review, feed)

Thanks to Pablo Brenner and Sergio Fogel for this find.