The Gilder Lehrmann Institute for American History has a history podcast that I have come to appreciate more and more. A wide range of academics are invited to lecture on their field of interest and this results in a high level podcast about history. The list of available lectures is long, there is much to pick and choose from, but I have found the quality increasing over time and recommend the most the recent lectures. 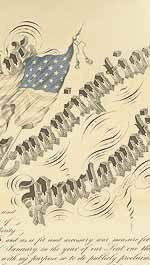 One of those is a lecture by Thomas Bender, 'American history, views from abroad' in which Bender notices a kind of division that I also see, at least in history podcasts. This division is between American History and history of the rest of the world. These two histories are taught and studied separately and barely influence each other, almost to the extent as if we are dealing with two different unconnected worlds. Needless to say the world is connected, but Bender goes beyond stating the obvious and makes two important points. The one is that in the past, American academicians never thought of their history to be separate, hence this is a relatively new (say since 1945) phenomenon. Furthermore, he brings examples of how specific elements in American History that are widely thought to be exceptional are hardly so at all.

And so, Bender pleads for integrated history, or better, since history is integrated anyway, an integrated historiography. And this is a point that should go both ways: not only should Amercian Historians integrate with world history, other historians should also integrate with America. I would like to stretch this even further and plead for more integration with non-western historiography. Taking the world of history podcasts to be representative; historiography barely goes beyond Europe and Neo-Europe and if it does, it is more likely to be treated as curiosa, than as a substantial part of 'real' history. But there is no West without Islam and no Islam without Persia, without the Roman Empire and there is no Roman empire without Africa, Asia and so on.

In the third interview he spoke with Marc Hall (Marc Hall on mp3) and Hall reacts very much like the previous speakers, Donald Worster and Paul Warde, by not fitting the discipline in one catchy line. He also points out there is a historic development of the field which has made is enlarge from using history to view the problems with environment, to studying the environment as a phenomenon in human history whether troubling or beneficial. Eventually the field of Environmental History could also be seen as an umbrella under which historians with a different subjects and angles meet each other.

What they then have in common is that they not only interact with sociologists and economists as other historians but also with other, ecological, disciplines. Consequently they add to the subjects in history of race, class and gender, new subjects like health, globalization, evolution and so on. Just like the previous speakers he regards the field as new, still relatively small and still in development. Surely taking the human habitat as a relevant point has enriched perspectives in history. It is very interesting to take in these short interviews one after the other.

From Pavlov to Milgram - Ran Levi

The series עושים היסטוריה! עם רן לוי (Making History with Ran Levi) never ceases to amaze me with the sheer width of subjects in both science and history it is capable of effectively taking on. The latest show was yet again an excellent one and this time about psychology.

When psychology ceased to be considered part of philosophy and began applying methods of empirical sciences a whole world of psychological testing was developed. With, necessarily, an emphasis on behavioral psychology, Ran Levi takes us through the range of lab tests psychology performed and what these tests taught us. From the dogs of Pavlov - yes this is psychology as well, to the Milgram tests. About learning, reflexes and the limits of our control.

This was a very good show, completely consistent with the level we are used to. But to get this from a show that has a tendency for the technical and is presented by an engineer, I am more than a little bit impressed it could pull off such a great quality also in the social sciences.