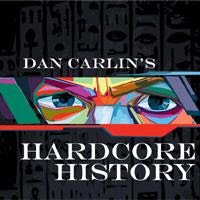 Dan Carlin has started a new multi chapter subject at Hardcore History: Death Throes of the Republic. In this series he will extensively analyze how the Roman Republic dwindled from a formidable Mediterranean power to a decadent and deteriorating empire. (feed)

Carlin is a very successful and popular podcaster in addition to his Hardcore History (which is the most popular podcast among readers of this blog) Carlin also makes the more frequently appearing political opinion podcast Common Sense (feed). Personally I find Common Sense too much focussed on US politics, but also here Carlin can pride himself with reaching a large, international audience. 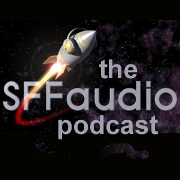 Common Sense features also dominantly in the interview Carlin gave at the SFF Audio podcast (feed). It is a dynamic and lively interview and one of the highlights is Dan's comparison of making radio with making podcast. We have already widely discussed how listening to podcast is different to listening to radio. But by the same token, Carlin demonstrates, making a podcast is different. You have no time constraints, less worries about losing the audience and a wider reach.