I would have passed 'Artificial Life' as a nightmarish concept from a bad SciFi novel. As in: "Now that my minions are emerging from the laboratories, there is nothing that can stop me anymore." Dr. Enzymic burst out in a cackling laughter and with a gasp of fear the gorgeous Georgina grabbed my arm. "Not if I can help it," I shouted. Enzymic even smiled. "Jon Halbard, my once worthy but now so pathetic adversary," he cried, "nothing can stop my artificial life, especially not you, with your pounding heart and your stinking sweat." If anything, it taps into negative prejudice.

But here is a quote from Chris G. Langton

Biology is the scientific study of life - in principle, anyway. In practice, biology is the scientific study of life on Earth based on carbon-chain chemistry. There is nothing in its charter that restricts biology to carbon-based life; it is simply that this is the only kind of life that has been available to study. Thus, theoretical biology has long faced the fundamental obstacle that it is impossible to derive general principles from single examples.

Without other examples, it is difficult to distinguish essential properties of life - properties that would be shared by any living system - from properties that may be incidental to life in principle, but which happen to be universal to life on Earth due solely to a combination of local historical accident and common genetic descent.

In order to derive general theories about life, we need an ensemble of instances to generalize over. Since it is quite unlikely that alien lifeforms will present themselves to us for study in the near future, our only option is to try to create alternative life-forms ourselves - Artificial Life - literally ``life made by Man rather than by Nature.''

So, as it appears, Artificial Life is genuine (theoretical) science and it appears there is a podcast as well: Biota. I found it, because they interviewed the familiar Dr. David van Nuys of Shrinkrapradio. As a psychologist, Dr. Dave is asked to dwell (among others) on the subject of self.
Posted by Unknown at 14:52 0 comments

Shrinkrapradio on Freud and Jung 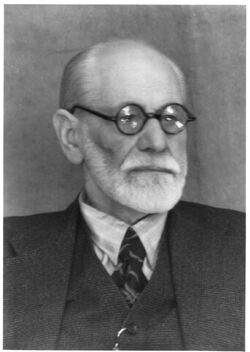 On the subject of psycho-analysis, I guess, I have been very much influenced by Karl Popper, who rejected, specifically Freudian theory as unscientific on account of it being irrefutable. Freud was notorious at bending facts to his theories. An example I recall from my studies was that one day supposedly, a client told Freud a dream that Freud couldn't make heads or tails from and consequently Freud interpreted the dream as the client's subconscious subversiveness into dreaming a dream that could not be interpreted.

A more serious fault rather in the theory than in the person of Freud, is the introduction of the idea of a subconsciousness. It is also illustrated by Douglas Davis, who is interviewed on Shrinkrapradio, that once the assumption behavior can be subconsciously motivated is acceptable, a person's conduct can be attributed to any motivation, whether aware or not. Consequently, when two great psycho-analysts - Freud and Jung - became friends, their relationship was subject to the pitfall of interpretation from the subconscious from the git go.

The discussion of the letters between Freud and Jung that Dr. Davis gives on Shrinkrapradio goes much further than touching on this pitfall, but I just can't help but expecting the great falling out between these men, even if I hadn't known about it in advance. Or maybe it is as it goes with passionate relationships: they must end in a dramatic parting.

The contemplation on the podcast, what greatness could have come from an ongoing cooperation between these great minds, is compelling, yet at the same time an almost unthinkable what-if. In any case. Douglas Davis is a great speaker and elegantly recounts the history, admirably stimulated to do so, by the ever praiseworthy Dr. David van Nuys of Shrinkrapradio.
Posted by Unknown at 11:20 0 comments