Europe from its origins - A history of Europe

Here is a podcast I have recently discovered and about which I am very excited: Europe from its origins (feed). The first 10 episodes in the podcast are enhanced podcasts. These are m4a files with slides inside. When you listen to this podcast on iTunes or in iPod, you can view the slides as you go. You can also navigate between chapters within the podcast. As of episode 11, it is a vodcast (m4v format) and the visuals are much more lively than the previous slideshows. But basically, you get a sectioned monologue by presenter Joe Hogarty who takes you from the 4th to the 13th century CE and does a splendid job in showing the transition from the western half of the Roman Empire into Medieval Europe. 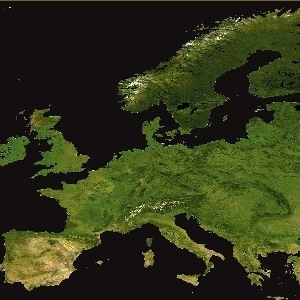 Although Hogarty's reading is a bit monotonous, the podcast relatively easy to follow. The sections are short and interspersed, not only by the slides, also by good and fitting musical bytes. Thus Hogarty gets us into the perspective of the inhabitants of the Roman west and how they continued their social, political, religious and military enterprise as the Roman Empire receded. (I deliberately do not write of the fall of the empire) Nevertheless, while we stay in this perspective, we are updated extensively of what happens in the Eastern half of the Empire, that is Byzantium, and also, importantly, how the Islamic forces rise and develop a powerful neighbor to the Roman east and the post-Roman west.

Apart from the narrative, Hogarty also presents discussion of the underlying themes and issues as they can be summarized and interpreted. As a consequence, he helps to fit the chronology within the conceptual framework of how Europe developed from the Roman empire and it makes for an excellent preparation to Modern History -the European Era of world history- courses such as Berkeley's History 5, Yale's European Civilization, UCSD's MMW 5 (currently running so check the feed) and UCLA's History 1c that connect the late Middle Ages, the Renaissance and the Reformation, through Englightenment, the French Revolution, Industrialization, Imperialism, Nationalism onto modernity, which in a way marks arguably the recession of Europe.