Calling a politician a 'Populist' has a clear pejorative sense to it. In Europe and the US, I learn from the latest of New Books In History, the exact taste to the word is a bit different though. The historic meaning also. Populism was a serious wave in American politics in the late nineteenth, early twentieth century. Marshal Poe interviews Charles Postel about who the Populists were and what their politics was all about.

The populists were the last third party that had a serious role in American politics. They were strongly present in the rural areas of the US. Though one may expect they were rather conservative, they turn out quite modernistic. The reason they were against (certain) great corporations was much more complicated than blatant anti-capitalism that some other political streams are attributed with.

The populists were modern in some socialist and cooperative senses. They were also the stream that was the most favorable to women's emancipation. What more Postel shows us they stood for, made them dissolve into the Democratic Party over the course of the 1920's and 30's.

I just discovered The New York Review of Books Podcast (feed) and I have already forgotten where. It must be on Twitter, I suppose. I have been clicking a lot of podcast links on Twitter recently. Especially the Twitter feed of Philosophy Bites contains frequent recommendations that are worthwhile following up upon. 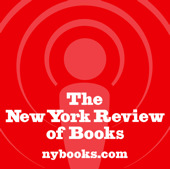 From the NYRB feed I immediately took two issues tat were extremely compelling to me. The first was an interview with Ronald Dworkin about the US Supreme Court (mp3). Dworkin reacts to a number of phrases by judge Sonia Sotomayor and the situation in the US Supreme Court where there are more and more 4 to 5 and 3 to 6 decisions with a perceivably consistent split among the Justices. For my American audience it is probably more clear what this is all about, but for me and others from the outside it is also very interesting to listen in, because Dworkin makes a couple of important general points about Law.

He reacts to an apparent tendency among certain judges that they are merely applying the Law (whether statute or also precedent). The judge is in that respect merely the mouthpiece of law - bouche de la loi as the French call that. Dworkin is all against that, and this does not surprise me, since I read his 1986 book 'Law's Empire'. Since then, it appears, his line of thinking has not changed. It is his view that the integrity of law lies herein that the judge must optimally weigh the principles involved in law, which implies interpreting the law, precedent and identifying the underlying values, which can lead to decision reversing law and precedent. All this with good reason and explicit justification.

Necessarily this introduces a political aspect into the application of law, but in Dworkin's mind this is inevitable. Digging through to the basics of law and explicitly basing legal decisions on that is substantially intertwined with the law. In his view this must be made explicit. The discussion about the foundations in law need to be clear, political if it must be. And by shying away from this kind of discourse and suggesting the judge is merely voicing the law, the political aspect of legal decision is merely covered, not taken away. Consequently, if the Supreme Court is politically split into 4 liberals and 4 conservatives, the fifth justice (Justice Kennedy) acquires an extended legal power that is unbefitting the principles of democracy.

Philosophy Bites on this blog:
Fourth Revolution,
Michael Sandel on what cannot be sold,
Aristotle's Ethics,
Sartre,
Idealism.
Posted by Unknown at 12:35 0 comments