A Great Escape - The Memory Palace

The Memory Palace (feed) is a fantastic, short history podcast one absolutely must listen to. No matter how deep or how faint your interest in history is, or wherever your favorite subject lies, The Memory Palace is a five minute delight you should be able to squeeze in your playlist twice a month. 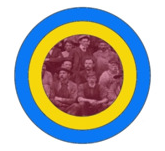 If you wonder where to start, try the last episode 'Dig Set Spike'. Host Nate DiMeo tells the tale of a German prisoner of war in Arizona, during World War Two. The man thinks of escape and rejoining the war. His comrades in the camp feel the same and they invent and carry out an ingenuously devised escape plan.

The ever present sense of irony in DiMeo's tone of voice and in the soft and subtle music that accompany the narration, one detects immediately that this plan simply must go wrong. It seems infallible though and then, the thought crossed my mind, the irony might be just that it succeeds and that these dedicated and sympathetic men will rejoin a bad cause. Or else. But I shouldn't give away the surprise.

Husserl and Heidegger are two important names in philosophy I have run into time and again, but never been able to get a sufficient grip on, in order to at least have a general idea what they are about. My colleague blogger Baxter Wood, has recently written a post (Heidegger, all too Heidegger) that points to several audio and video sources on-line that may be of help. Berkeley's Philosophy 185 by the incomparable Hubert Dreyfus, John Drabinski's lectures on audio and a BBC program with Hubert Dreyfuss on YouTube. 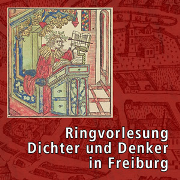 While I was trying these out and getting confused as happens so frequently in philosophy, I went on to search some more and found a very charming and insightful lecture. I recommend it to all you seekers, but must warn in advance: it is in German. Günter Figal speaks at the University of Freiburg in a podcast lecture series 'Dichter und Denker in Freiburg' (feed). His is the lecture 'Husserl und Heidegger' (video-stream) among others around the theme of poets and thinkers in Freiburg.

Dr. Figal relates the history in which Husserl comes first and Heidegger becomes his student. Husserl founds the philosophical stream of Phenomenology and Heidegger takes it on to a level where Husserl no longer agrees and the two fall out. Figal attempts to take away the idea, Heidegger overtook his master and made him obsolete. In Figal's view, both thinkers have different contributions to Phenomenology and he points to a strong French line of thinkers (such as Sartre and Levinas) who have taken the two further and who can only be understood if one will not leave Husserl out.
Posted by Unknown at 06:00 0 comments