History according to Bob delivers a new podcast episode (nearly) every day. Professor Bob talks more than God can listen on the Holy MP3-Player. Professor Bob also covers more than a mere mortal can fathom. When it is history, it is prey for Bob. The way to go is pick and choose.

If Bob were to give more description in the RSS feed, there might be more, but as it is, you just have the title to go for. This has brought me to download and listen to Prince Henry the Navigator. This, I knew, was a figure from the earliest stages of the Age of Exploration. When the Americas were still non-existent and the cape of good Hope wasn't rounded yet. Henry was a Portuguese prince in the 15th century who put the first steps on the route around Africa. And so, this is a reason also to talk about the technical difficulties of sea-faring. And to talk about Africa, where the gold comes from and where one hopes to find Prester John, or the mighty Christian Kingdom of Ethiopia.

As usual, Bob's 10 minutes are only enough to reveal the tip of the iceberg. What sticks is the practical stuff. In a matter of years, the men of Henry round the West of Africa and make it to the gold coast. So much trade is going on between Lisbon and Lagos, the Portuguese go rich. Exploration continues, also after Henry's Death. Onward to Vasco da Gama. Columbus on the other hand, is not in this story. 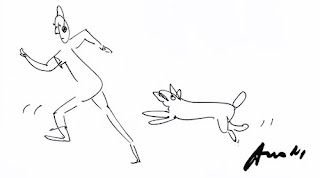